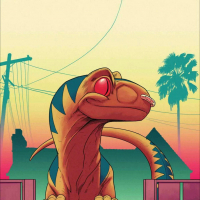 justsing Posts: 392 Mover and Shaker
August 2019 edited August 2019 in MPQ General Discussion
Bishop is badly broken and OP. I've been saying this ever since I was a 4* player who used and abused him against 5* teams. The combination of the jumping in front mechanic + AP gain means he's always gaining at least 5 blue AP from any sort of 5* match damage. That is absurd, regardless of the stunning aspect.

The wall of Bishop teams in PVP is not fun, and unlike with Gambit, bringing your own Bishop doesn't guarantee that you'll win. Other "solutions" like using 4*s or Silver Surfer aren't real solutions since not everyone has (read: most people don't have) high level 4*s that have enough health to deal with teams like Bishop / Kitty / R4G and Silver Surfer is stuck in Classics hell and isn't exactly a heavy hitter.

There are several ways to rebalance him that won't make him completely useless. As others have suggested, you could tweak his jump-in-front mechanism to be more similar to XFDP, making it possible to not trigger him on defense (while keeping him useful on offense). Or you could change his blue AP gain to be based on absorbing protect tiles. All great suggestions by other people.