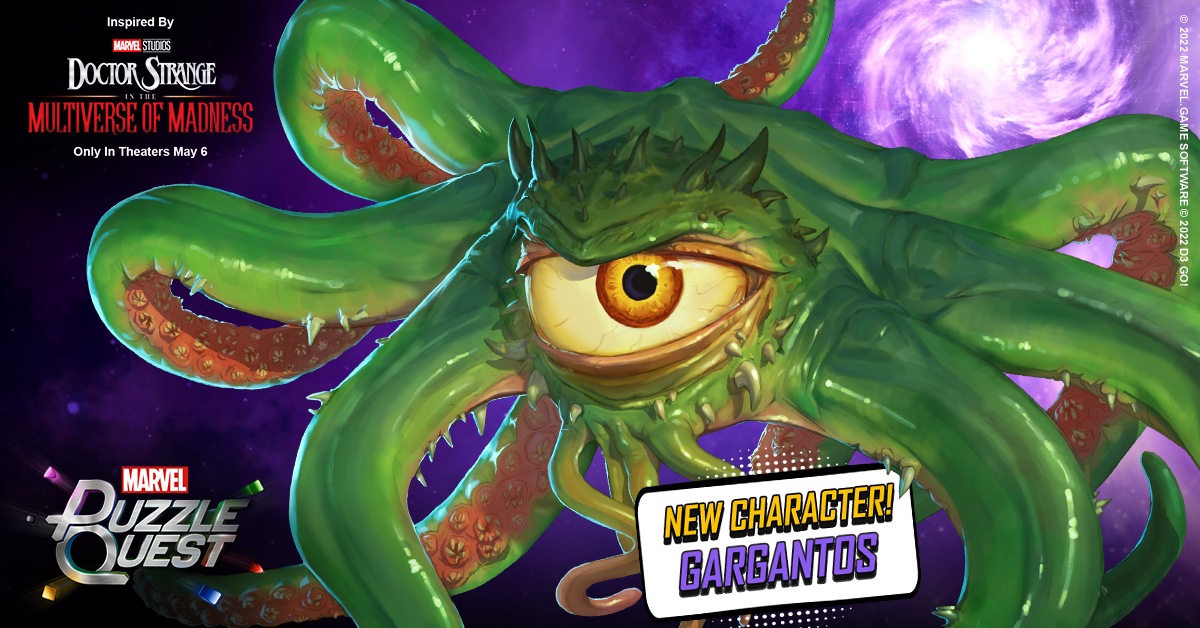 Gargantos (Multiverse of Madness)
5-Star Rarity
Affiliations: Villains
"Hailing from a realm outside our understanding, the tentacled monster Gargantos poses a threat to the safety of our universe. Will Dr. Strange and allies keep the terror at bay, or succumb to the unknowable horror from beyond?"

PASSIVE
(PASSIVE) Gargantos flails his great arms, wreaking havoc on everything around him. At the start of the turn, if one does not exist, create a 1-turn Countdown tile that destroys 1 enemy AP in its color and recreates itself on an adjacent tile. If the enemy has no AP in that color, it deals 664 permanent damage instead.
If Gargantos is Invisible at the start of the turn, create an extra Tentacle Thrash tile (up to 3 max) (Max level 2671 damage)
Tentacle Teeth - 8

AP
Gargantos grabs and crushes his enemies with his tentacle arms. Reduce the strength of 1 enemy Strike, Protect and Attack tile(s) by 44, plus 44 for each Tentacle Thrash tile on the board. Then for each enemy Strike, Protect, and Attack tile below 44 strength, destroy that tile and deal 975 permanent damage. (Max level 178 strength, 3917 damage)
Ineffable Horror - 9