IceIX ADMINISTRATORS Posts: 3,665 Site Admin
October 2019 edited October 2019 in Character Details
Cletus Kasady was a brutal killer. The Carnage Symbiote, an unstable monster. Combined, the two are an unstoppable force. Now they've been gifted the power of a god, and they're hunting down everyone who has ever gotten in their way. 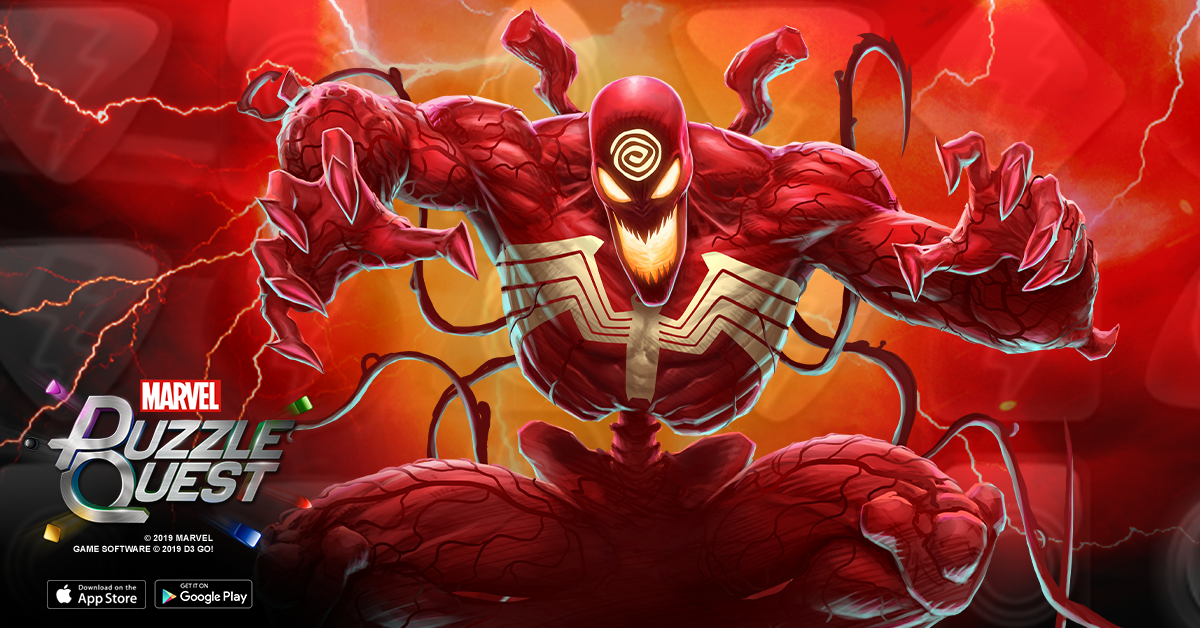 AP
Carnage spreads his symbiote sickness to all who approach, turning them into mindless agents of chaos. Carnage destroys 4 random tiles. Destroyed tiles do not generate AP.
(PASSIVE) Whenever you match or destroy a Strike, Attack, or Protect tile, create 1 strength 31 friendly Attack tile. (Max 126)

AP
Fueled by an ancient anger, Carnage unleashes his fury on his target. Carnage deals 1215 damage to the enemy and steals 278 health from allies. If Carnage's team has 5 or more special tiles, deal an additional 347 damage to the enemy team. (Max 4883 target, 1116 team steal, 1395 enemy team)

PASSIVE
(PASSIVE) Carnage draws on his godlike power to smite his enemies and spread Knull's influence. If there are 4 or more enemy special tiles at the start of his turn, make a match and create 1 strength 31 friendly Strike tile. Otherwise, create 2 strength 56 enemy Attack tiles. (Max 126 friendly strength, 223 enemy strength)

Spider-Man Versus the Sinister Six