With the release of Rogue (Classic), not only will there be a special Vault, but also a new event called S.H.I.E.L.D. Training. 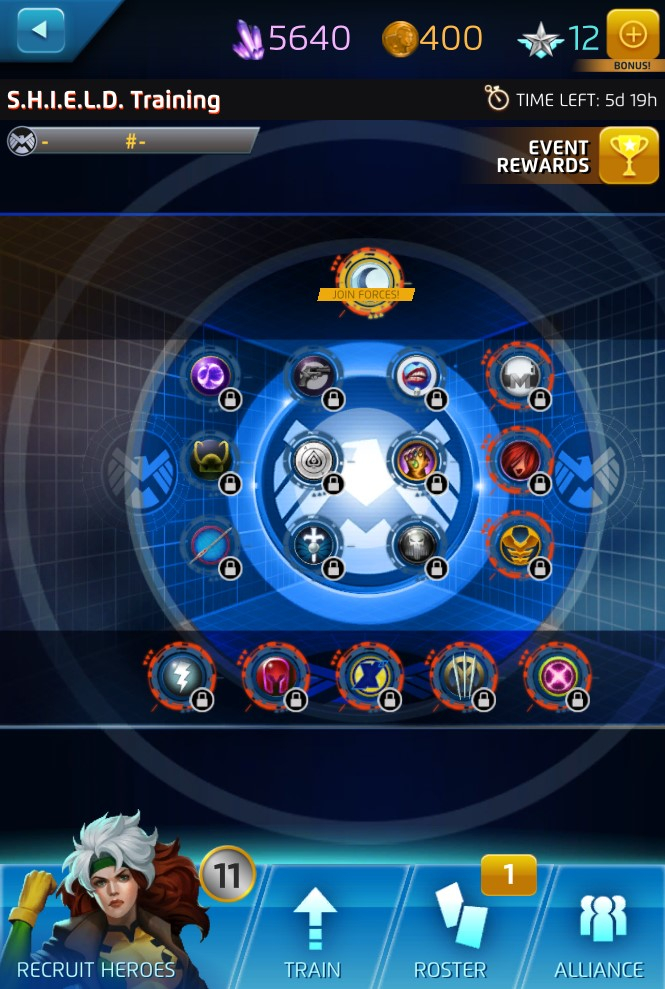 As players level up certain characters, not only do they get the satisfaction of bolstering their characters' strengths, but now they're also rewarded by unlocking missions in this event. Completing these missions will earn players Rogue (Classic) cover, Iso-8, Event Tokens, and even Command Points and Legendary Tokens!

Check out all the details below: Missions
Progression Rewards