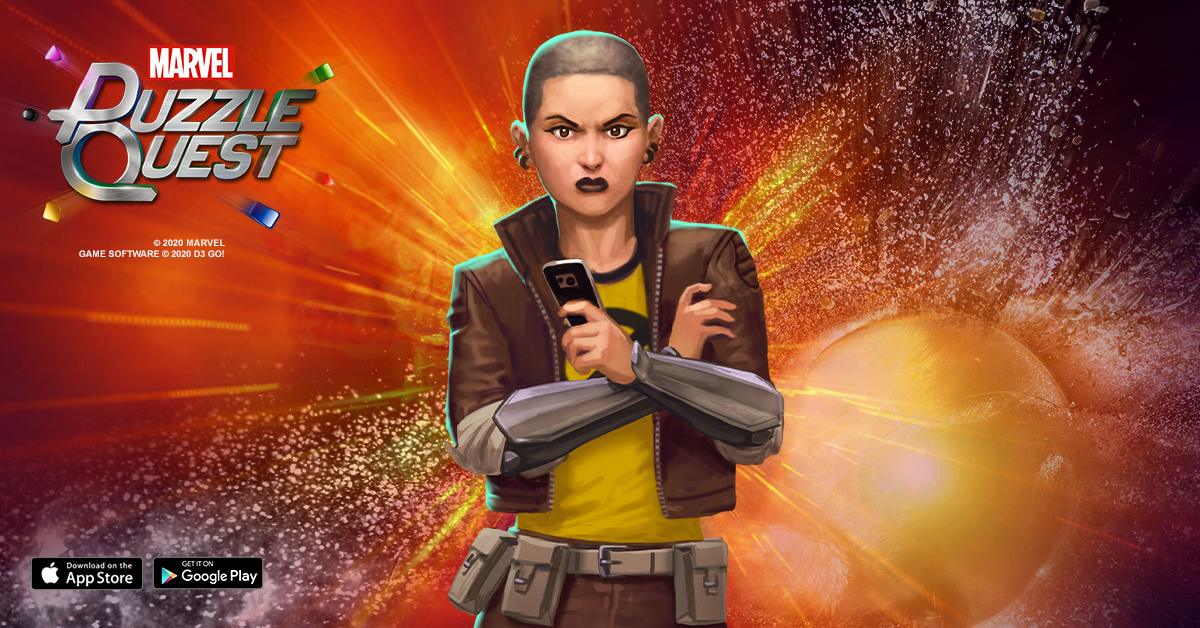 "Negasonic Teenage Warhead is the nom de guerre of Ellie Phimister, a mutant who is a radiation-enhanced ray of... not sunshine.

Negasonic Teenage Warhead might have a prickly exterior, but always stands up for her principles, her friends, and the people she's chosen as family."

AP
Negasonic Teenage Warhead surrounds herself with a barrier of flame as she plows into the opposition. Deals 116 damage to the enemy team and creates a 4-turn Countdown tile that, when matched or destroyed, creates a number of Charged tiles equal to the counter left on the Countdown tile. (Max level 227 damage)

(PASSIVE) Whenever you match or destroy a Charged tile, also destroy 1 random tile. (Does not generate AP.)
Thermonuclear Whatever - 9

AP
Negasonic Teenage Warhead throws a punch that explodes on impact. And before impact. Also before. Deals 370 damage plus 139 damage for each Charged tile you have matched or destroyed this battle (up to a maximum of 6 tiles), then converts 1 random basic tile into a Charged tile. (Max level 721/271 damage)
Resistor - 6