Yes, I'd like to see Seasons roll in too.

Rewards? Would be nice. The big win is in current coalition visibility. I also think it shouldn't end at top 10. If all participating coalitions can be found, that helps (new) players find their way to active teams. 2 flies in 1 punch. 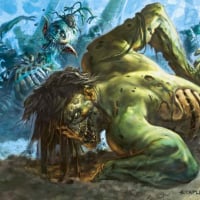 Re: Garruk Wildspeaker Vanguard Duplicate Purchase 5 times in a Row!!!!!

mayor said:
When one gets multiple mythics with one click when I need months to get (if I get), in a card collection game I call this chasm. When I say VIP I mean all the tactics involved to make it more appealing (increasing masterpieces number in set, etc, etc). Admitting you get no benefit from VIP means you consider most of the extra cards you get worthless (which tells something about design). Even If you defend this game's tactics every chance you get, you can't hide the obvious. You can laugh at me all you want, but selecting specific sentences to comment derails the whole point. You may be happy with the state the game's in, but I want better for this game, because I see the potential they don't.

You only get the mythics if you’re disciplined to get all of the rares first. It’s not like you pay money and MPs just rain down on you.

^^^ This. I have never had a VIP pack of just Mythics and MPs.

To add: I got a Vip pack this week with commons and uncommons!

VIP is a nice way to support a game that does take up substatial resources on the dev/publisher side.

I never got the vociferous zeal for F2P: there are people -working- on this game, don't you think they should be paid? You speak of -extra- work as if the devs should put in a certain amount of work into the game for free and that getting paid means working beyond that.

I wonder what you'd say if your boss would tell you:
"You have to work six hours a day, but I wont pay you. and if your work isnt good enough i'll complain loudly. Now if, and only if, i decide to pay you I'll expect you to work more, harder and longer hours. You can start today. "


Now -new- players that do pay could do with a bit of help I thnk, but then again, I quit the game for half a year and started over in standard from Eldraine and i'm collecting a suitable collection, so, i think the chasm is more of a gap that can be crossed..... 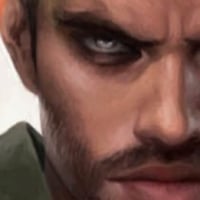 
Why not have your Daily Reward as a pop-up when you login for the first time each day?

Re: Brigby: From MTGPQ to G.I. Joe

Thanks to those who wished me a welcome, and to those who still feel frustrated with some aspects of the game I promise that we, from Oktagon, are always doing our best to deliver the best to you.
Here we are all Magic lovers, just like you!
We are going through a time of adaptation but we hope to get over it soon and improve several aspects of the development/player relationship.

Regards to all,
Marcela.

Direction of this game

Hi @Brigby,
I finally have some time to write this post. I have been wanting to write it this weekend, but this new event has eaten a lot of my time. Other players haven beaten me to it, but still  I would like to discuss the direction this game is seemingly taking. There are several topics that need attention.
1) Duration of events. The Great Tournament is yet another 5 node coalition event that runs for three full days. The community has given feedback regarding duration of events over and over and again, this was ignored by the developers of this event. Most players have a hard time completing their nodes during Mondays as they have to work. I even had a team mate who announced he would quit after he found out that TGT also takes three full days (in combination with the horrible rewards *see 2)) Pair this with The Elderspark running next weekend, haunting players with back to back 3 days weekend events. Is this the new standard? If not, why did the developers choose for this setup?
2) Rewards. Self-explanatory if you look at the individual rewards for TGT. Why are the rewards so laughable for a THREE day event? With the slower format, a five node event takes A LOT of time. This investment should be returned / rewarded or players will lose motivation to play. Just playing for the sake of the team is not proper motivation. Topic 1) and 2) should be in balance or it will hurt the sustainability of the game. Can you explain why these improper individual rewards have been maintained, even after all the player feedback from the last event with the same reward structure (I think it is Ravnica at War)? Don't forget that a lot of players have families, kids, friends and other social activities
3) In what way is the VIP system affecting the decisions that are made when designing new events? Right now, it seems to me (I'm only speaking for myself now) that this game is heading to a pay 2 win direction. Can you give a statement on that?
I honestly believe that this game has a lot of potential, but as you can see on the other two* posts that have been created regarding the new event and its rewards, you see that the player base is engaged, but also concerned. I hope this post also reflects my concern. People should be rewarded for their effort. This is more like a punishment.
* these two posts are what I'm talking about:
https://forums.d3go.com/discussion/80618/tgt-feedback#latest
https://forums.d3go.com/discussion/80597/the-great-tournament-rewards#latest
I hoped that the new set and the new event would rejuvinate players but you seem to have reached the opposite. It's a shame that players quit the game over the poor design and reward decisions made, even though the community has given ample feedback.
Note that I haven't touched the topic of bugs, because a lot of players in my team, including myself, have encountered the same bug that soft lock the game when activated gems that change gems to other colors / loyalty gems freezes the game. This has also been reported in the bug section of this forum. It is severe enough to patch this game asap.
I'm looking forward to your response. Thanks in advance.
Cheers! 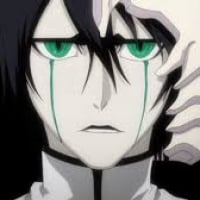 chf5868 said:
Wow, thankful to realize it's not just me, been rooting around for days in forum wondering if they moved previews somewhere else as an Anniversary treasure hunt. As long as it's been since an update, it leaves me shaking my head & wondering why so many "businesses" have no backup plan in the event that someone is under the weather, especially since time off & vacations are expected employment perks. Thankfully, SSI/disability payouts & air traffic controllers have a better plan in place....

We do normally have a plan in place. Unfortunately, that plan ran towards Brigby doing the update if I was unavailable if I was out and Lakestone doing it in that eventuality. Yesterday, ~66% of the office was out due to various cold/flu/act of god.

In that case, please accept my apologies & I hope you kids have a speedy recovery. Some of us run like an ant hill w/ no queen w/out event updates. Peace! 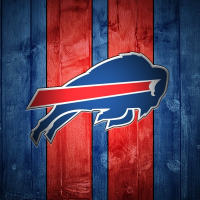 Re: Every vanguard has an alternate art card!

Now this will be the preferred method of getting the Vanguards you actually want. Pay crystals for the specific card instead of playing gatcha style draws with gems.

Dear Powers that Be,

Because yes, even when you make every node require creatures to fulfill the objectives, there will still be people that will run creatureless decks.

I mean, aren't we past this yet? You have so many wonderful, challenging objectives to choose from.

ALTERNATELY, make it so that we can kill our own creatures to count the objective. Because it's a bit silly that I can Murder my own creatures and everyone just looks the other way. I mean, I know Bolas corrupted the Senate and all, but come on.