dianetics said:
Mid-tier health.
Low cost stun.
Potentially overpowered red.
The yellow seems great too.
This is a great third potentially second for a lot of teams.
No idea about the clue though. 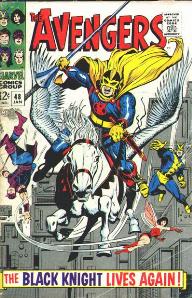 The MPQ New Character Poll free gift (400 Favorited Shards) are currently being distributed to users in-game. If you participated in the poll and have not received your free gift, please reach out to customer support at [email protected] and the support team will be happy to assist. Please note you may need to hard reset the app to refresh the game for the gift to appear if you haven't seen it yet.

Thanks for everyone that participated! Winning character will be announced in the near future!

CongoFury said:
@IceIX any hope of Silver Surfer or Thanos getting another rebalance…or possible although many may say she doesn’t need it but Storm getting a slight rebalance? Since the Jean Grey rebalance has gone over well with many. I wouldn’t know necessarily since my Jean has not seen a cover in years since I actually acquired a second one on her day at 910 from the daily rewards. Whew! Lol.

It's possible. We have a list of characters we'd like to rebalance but we're not necessarily just pulling the bottom character off that list (or you'd have seen Wasp/Banner before now). So the order is somewhat more random seeming.

Poll has now closed and we are working on getting the in-game gift out to everyone by tomorrow.  Announcement of winning character will come at a later date.  Thank you to everyone that participated!

We had a Data Push and here is what you need to know:

Re: How much improving would Thanos (The Mad Titan) need, to be viable with a weekly boost?

The only tweak I'd give him is make his Purple CD timer increase by 1 if Thanos makes a match each turn. This would would the same way as YellowJackets invisibility does.
That way you could keep the tile on the board forever (or at least until it got matched/destroyed) esp since he'd likely tank 3 colors with his match damage increase.
That would give him 2 good powers (on most teams you probably have a better green outlet than his given it's cost and vulnerable CD and if you change that too much he becomes too good of a character).
KGB

Your most used Supports

Akin to last week's question about saved teams, I was inspired to start this thread on using supports.


In my mind, the most valuable supports tend to be the ones that give you AP at the start of the battle.

Purple: Quantum Realm is one of the best, because it will give you 5 purple AP even at rank 1.  This is great for 5* Professor X and, now, Shang-Chi.  (If you have it, rank 5 Black Widow's Batons is even better, with an 80% chance to start with 6AP.  For extra ridiculousness, find a way to equip both of them with Shang-Chi on the team.)  The Milano at rank 4 is also good, but requires a Guardian on the team.  Corvus Glaive at rank 4 requires a villain, but is a 75% chance for 3.

Yellow: Korg and Sanctum Sanctorum both give AP at rank 3 (3 for the former and 5 for the latter).  With Apocalypse on the team, getting to 7 yellow as fast as possible can be very useful.  Obviously Okoye also likes yellow, as does 5* Cyclops.  (Others I don't have include SP//DR at 3, Vintage Shield at 4, and Kimoyo Beads at 5.)

Red: There are only two that give red AP at the start: Arc Reactor (which unlocks a rank 1 but specifically requires Iron Man) and Proxima Midnight (which, like Corvus, is a rank 4 with a villain requirement, but also gives you a 75% chance for 4).

Green: Five supports grant green at the start, but I only have one: Cull Obsidian, which (like the rest of the Children of Thanos) requires rank 4 and a villain, but also yields a 75% chance for 3AP.  The others require either rank 3 (Atlantis, Yaro Root, Spider-Sense) or rank 5 (Hope Summers).

Black: Only three supports provide black, and again I only have one: The Milano, which requires a Guardian but unlocks black at rank 3.  (It's the only support that will let you start with extra in two colors: purple and black.)  The other two are The Tinkerer, which requires a villain and rank 5, but grants 5AP (though I wonder if it's actually 6 once you level it up; that's how Black Widow's Batons looked), and the last of the Children of Thanos, Ebony Maw (which conforms to the same requirements as the others.)

Blue: Nope.  None give you blue at the start.


The second-most valuable supports for me tend to be the ones that give you extra AP when you make a match.

The second-best of these, to my mind, is Kimoyo Beads.  Though it's limited to heroes, at rank 3 it grants +2 for blue (which, remember, doesn't have any of the first category).  Wong at rank 1 (for +1) and Web Shooters at rank 5 (for +2) are the others for blue.

Well, maybe the best of these is actually Royal Talon Fighter, which gives +2 TU AP at rank 2, extra Okoye-boosted damage at rank 3, and synergizes with Okoye to reduce power costs.

So there are none that will give extra yellow or black and only one that grants extra green.


Here are where I have others assigned:

Element Guns: 4* Juggernaut, mainly to increase his yellow and purple damage enough to enable him to tank over Grocket and 3* Star-Lord in easy nodes.  This support does quite a lot of cool stuff, though.

Chewie: Kitty Pryde, because at rank 1 there's a decent chance to make an attack tile when she makes a match, and that is obviously a good addition for her.

Wong: 5* Hawkeye, because not only is there the +1AP when you match blue (at rank 1), but also a good chance to remove an enemy special tile when you fire a power (at rank 2), and the ability to destroy 2AP in the enemy's strongest color when you make a match-5 (at rank 3).

Stormbreaker: 5* Thor, because there's a synergy perk that gives a you a decent chance to create extra red, green, or yellow tiles at the start of the match, which can effectively lead to extra AP at the start.

The Tinkerer: Yellowjacket, because at rank 3, his powers will do an additional 2600 damage when he's invisible.

Web-Shooters: 5* Spider-Man (Peter Parker), because the synergy perk gives you 2 free web tiles on a match-5.  It might be even better on one of the 4* Spiderverse characters.

Victorious: 5* Doom, since the synergy perk does some AOE when he heals allies.


Another category worth noting is all the supports that give you extra match damage in particular colors.  For example, I have Hulkling on Black Bolt because ... well, an extra 70 damage isn't exactly nothing.  But I'm not going to detail all of those here.  Though I will note that there are a couple that use a percentage of extra damage rather than a flat rate, which is obviously better for 5*.  They are: Ancestral Plane (for black and red, Black Panther only), Royal Talon Fighter (for yellow, heroes only),

Hey Devs -- whenever you wanna shower me with those Infinity Stones, I'm ready!

I enjoyed using her, this boost gets a double thumbs up from me. Previously I really struggled with what the point of her was. Good job Devs. 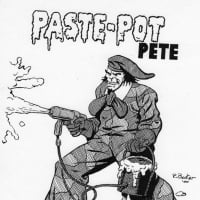