“This ability is active as long as you control 2 or more creatures with different powers.”

Day:
“As it becomes day, transform all Nightbound cards and Planeswalkers.”

Night:
“As it becomes night, transform all Daybound cards and Planeswalkers. When a card with Daybound is cast: Transform it.”

Daybound:
“At the end of each player’s turn: If a player casts no spells during their own turn, it becomes night next turn.”

Nightbound:
“At the end of each player’s turn: If a player casts at least two cards during their own turn, it becomes day next turn.”

“When this card enters the battlefield: If it’s neither day nor night - it becomes day.
When day becomes night or night becomes day: Perform the following effects —”

“This creature loses a reinforcement at the end of the turn. If it can’t, destroy it.”

“This ability is active as long as your opponent has lost life this turn.”

“Perform the following effect(s) whenever you cast a Spell card.”

“If this card is cast from your graveyard, it gains haste and is unearthed with X reinforcements, where X is the number of cards with the same name in your graveyard. Then, exile those cards. At the end of your turn or when this creature dies, if it was Unearthed, exile it.”

“When you convert gems for the first time during your turn: Convert 2 gems to Green.”

“When a creature you control with Buried dies: It gains half of its mana.”

“Seven. Those are the number of times that the Planeswalker Wrenn has symbiotically bonded with a treefolk. The reason why, unfortunately, is unknown. For survival? Harmony? Power? This dryad is as puzzling as her current treefolk pair, Seven.” 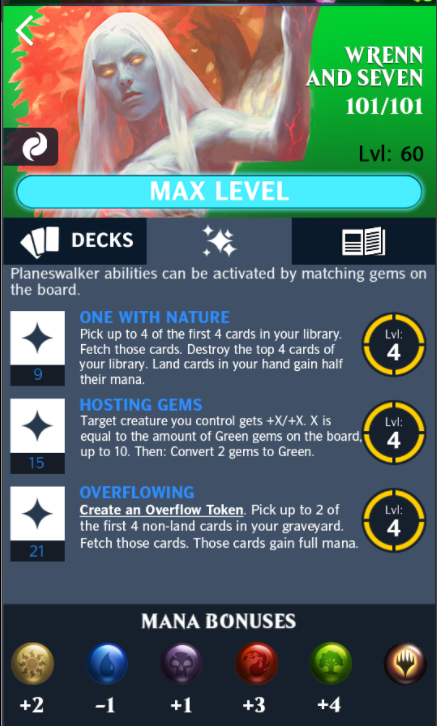 Overflowing
(Green) Support Card - Emblem (3) Token
Mana Field: Draw a card.
When you draw a card: If you have 6 cards in your hand — Convert 2 gems to Green. This effect can trigger up to 3 time (s) per turn.

Teferi, Who Slows the Sunset

”For the lost and forgotten, I’ll keep watch”. Teferi stayed true to his oath to the Gatewatch when he came to aid the plane of Innistrad. The nights are longer and the werewolf threat is nigh. Nevertheless, Teferi will slow even time itself to bring a little more light in this moment of darkness. 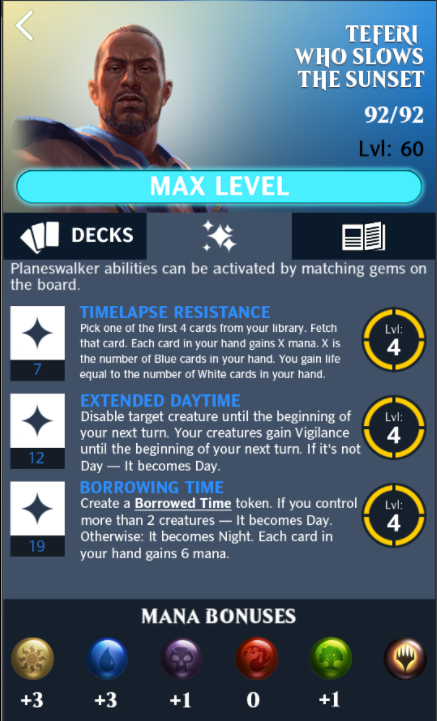 Borrowed Time
(White/Blue) Support Card - Dayshift (4) Token
Dayshift — If it's Day — Your White creatures get +1/+0 and gain Lifelink. Your Blue creatures get +0/+1 and gain Hexproof.
Otherwise: If it's Night — Disable all opposing Creature and Support until the beginning of your next turn.

“Arlinn Kord’s dream of a harmony between humans and werewolves strives further away as Innistrad’s nights grow longer and werewolves grow feraler. To protect the humans, Arlinn goes on a quest to restore the day and night balance - not just as a Planeswalker, but as a human. As a werewolf. As the pack’s hope.” 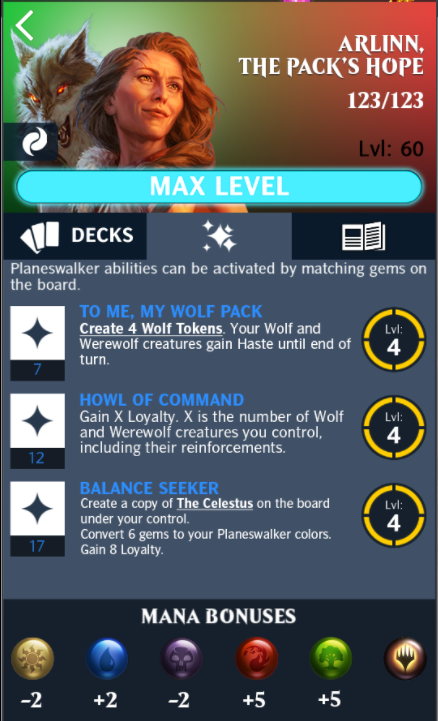 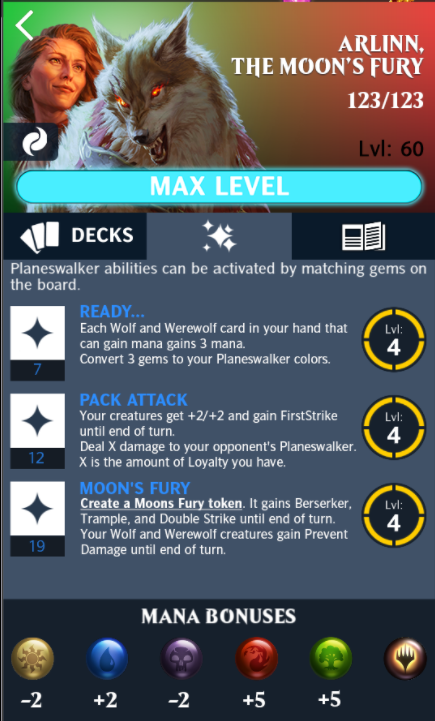 Moon's Fury
(Red/Green) Creature - Werewolf (5/5), Imminent Death, Haste, Token
When this creature enters the battlefield: It gets +X/+X until end of turn. X is the sum of all your other creatures' power.  When this creature dies: If it's Night — It becomes Day.
(See Planeswalker Progression HERE)

“Many fear the cold and cringing clutches of death. Liliana is no different - she knows how powerful and frightening death can be, and she uses it. As a weapon, as a tool, as a means to an end. Liliana will not be surrendered by death: she’ll master it.”

Endless Ranks of the Dead

When you cast a Creature card from your graveyard: Reinforce that creature. Then, it gains the Zombie subtype.

At the beginning of your turn: Create X Zombie tokens. X is half the number of Zombie cards you control, including their reinforcements, rounded down.

The Transform mechanic shows, in Magic: Puzzle Quest, an icon that indicates the front or back side of a card with Transform. These icons currently resemble a sun and a moon, similar to the SOI symbols on the cards.

These icons will be visually changed into the abstract double sided cards’ symbols that have been shown on cards since ZNR, to avoid confusing players with the Dayshift, Daybound, and Nightbound icons. 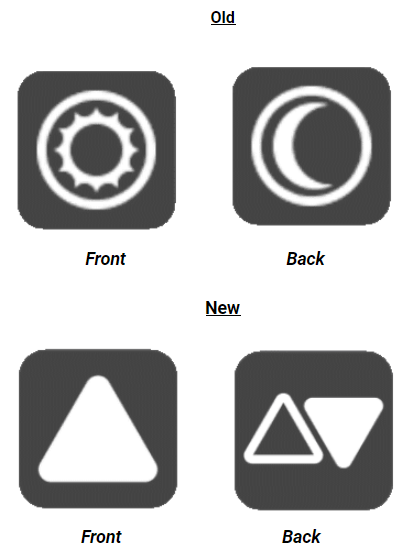 “When you destroy one of your Activated gems: Fetch the first Spell card from your library. This effect can trigger up to 1 time(s) per turn