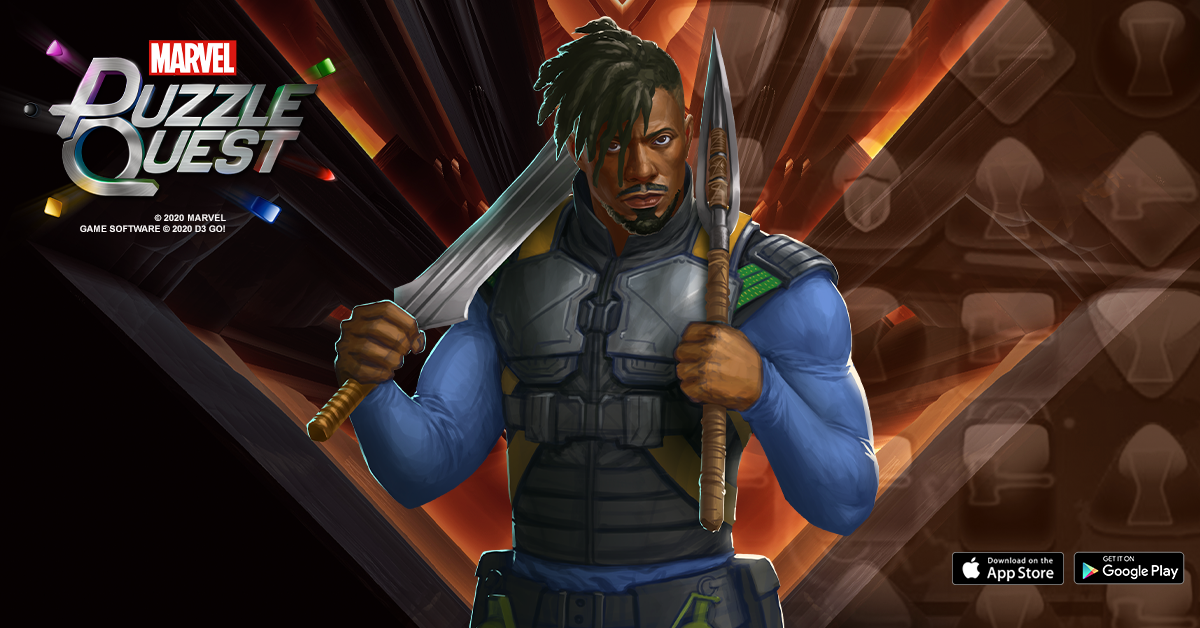 Killmonger (Erik Stevens)
5-Star Rarity (Epic)
Affiliation: Villains
"Erik Stevens grew up in America, orphaned after the death of his father, Prince N'Jobu of Wakanda. After graduating from MIT and the United States Naval Academy, Erik was eventually recruited as a government black ops mercenary, where he earned the name "Killmonger" for his ferocity in battle. Killmonger vows to one day return to Wakanda to overthrow King T'Challa, and rule the country his own way.”
(Abilities listed at level 255, followed by 450)
14869 Health / 59765 Health

PASSIVE
(PASSIVE) Killmonger takes back what rightfully belongs to his people. When the enemy makes a Match-5, Killmonger locks the generated Critical tile. At the start of your turn, all Critical tiles become unlocked.

When the enemy matches a Critical tile, Killmonger takes 5 Red AP as payment. If the enemy cannot afford that, Killmonger deals 3579 damage to the target instead. (Max level 14385 damage)
Extreme Prejudice  - 9

AP
Killmonger aims for the enemy's weak point and does not hold back. Deals 2077 damage and creates a Critical tile.

AP
Killmonger watches the enemy, then makes a power play, striking hard and fast at just the right time. Deals 3207 damage, plus 408 damage for every Decisive Strike Trap tile on the board, disarming those Traps. (Max level 12891 damage plus 1641)

(PASSIVE) At the start of the turn, if the enemy did not fire a power last turn, creates a Yellow, Green, or Blue Trap tile.

All times in Eastern Time