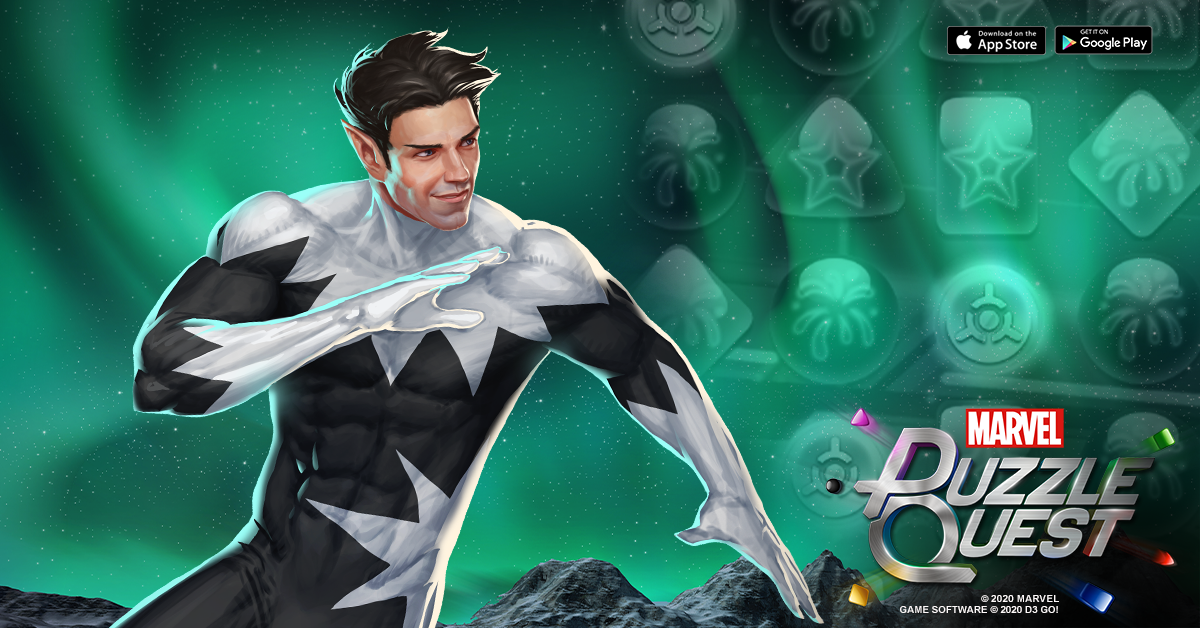 AP
Northstar joins hands with his twin sister Aurora, creating blinding light to dazzle enemies. Converts 2 basic tiles of the target's strongest color into Team-Up tiles and creates a 2-turn Countdown tile targeting a random ally. While on the board, this tile grants 1 turn of Invisibility and gives a burst of 118 health to that ally at the start of your turn. (Max level 229 health)
Up North - 6

AP
Northstar lifts the enemy into the air and pummels them with fists and gravity. Sends Northstar and the target airborne for 1 turn. When the enemy lands, destroy 1 AP and 2 tile(s) in the airborne enemy's second-strongest color, dealing 76 damage per tile destroyed.  (Destroyed tiles don't deal damage or generate other AP.) (Max level 148 damage)

Star Athlete - January 12 - January 15
Edit: Updated Black and Green damage numbers at 270, they were flipped. Fixed SHIELD Training rewards from Venom Bomb to Infinite Pursuit, that was a copy/paste error. Checked over the other rewards, should be correct now.

Edit 2: Clarified Black's AP destruction to be in the second-strongest color.

Edit 3: Updated the text for Star Bright (Yellow). Functionality is unchanged, just updating the text to the final in-game version which is clearer and contains better grammar.
2
«12345»