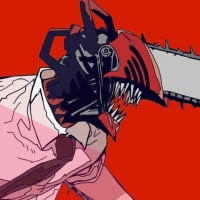 fight4thedream GLOBAL_MODERATORS Posts: 1,655 Chairperson of the Boards
January 2019 edited 5 October 2022, 04:19 in MPQ Character Discussion
Since @atomzed 's 5* tier Guide and Ranking has become a bit outdated, I decided to whip up a new tier list as a temporary placeholder until someone else can put together a more comprehensive 5* tier guide. This will be just a bare bones tier list with perhaps some quick notes to aid players in their understanding of the 5* meta. Rankings will be open to the community for debate. Also do keep in mind this list is strictly focused on competitive viability.

S tier: A character that is required to play PvP competitively or what some would call an "OP" character. Not having this character on your team will significantly hinder your ability to compete. (think 5* Gambit in his prime)

A tier: A character that is a pillar of the meta and/or is often found on the main teams of competitive players.

B tier: A character that is strong but not meta defining. When partnered with an A tier character, can perform reasonably well but falls a bit short in terms of speed or as a defensive deterrent in comparison to top meta teams.

C tier: A character that is of average strength and utility.  Can beat the top meta team with the right partner but not speedily. Depending on who this character is teamed with and shield usage, it should allow a player to reach the 1200 progression reward. A top tier 4* character when boosted might be the better option for a player.

D tier: A character that is below average in strength and utility and has no obvious use for competitive play. Can beat the top meta team with the right partner but the player will find it difficult and time consuming. Might have some niche use, but in general, if used will open up the player to being attacked. A top tier 4* character when boosted is more likely to be the better option for a player.

F tier: A character that is very weak and more of a hindrance than help. A top tier 4* character when boosted is definitely the better option for a player.

I actually spent a bit of time thinking about how to do this list as PvE is a fundamentally different beast in comparison to PvP. To put it simply, if you want to be competitive and rank well in PvE you will need Thanos. And if you have a high level 4* Rocket and Groot and a Guardian of the Galaxy teammate or a 5* Kitty Pryde, you will be pretty much set for most of the nodes in PvE. There will occasionally be times when the 5* Essential boosted character might have high enough match damage that it will rival the Grocket/Guardian for speed but such characters are few and far between.

The only situations where other 5* might be relevant are on wave nodes and the 5* Essential node. So I guess I will focus the ranking on those areas but keep in mind I am basing this mostly on my own experience and roster. The rate of success will differ depending on the level of your 5* characters and there may be instances when you have a higher leveled character that will perform better than what is ranked here. And remember, this ranking is open to debate. I am not really satisfied with it and open to suggestions on how to make it better.
Also note, this tier list does not apply to CL10 which has a distinctly different meta.
Tier key

S tier: A character that is required to play PvE competitively or what some might call an "OP" character. Not having this character will significantly hinder your ability to compete.

A tier: A character that will significantly improve your clear times, either by allowing you to quickly complete normal nodes, wave nodes or 5* essential nodes.

B tier: A character that may significantly improve your clear times when paired with a good partner. Not bad especially when partnered with an A tier character, but if this character is the best member on your main A team for PvE, you will struggle to make it t20 in competitive brackets. Using a boosted 4* may be the better option.

C tier: A character that will help you complete the more difficult nodes and wave nodes successfully but isn't likely to help you break top 20 in a competitive bracket. Good for those looking to complete PvE event without having to use too many health packs.

? tier: Besides during the 5* essential boost, these characters will not allow you to compete for t10. Perhaps there is some synergy with 3* or 4* characters that may make them viable. If so, please let me know. But in most circumstances, using a boosted 4* will be the better option.

Notes:
- IW Captain America has been noted to be good against Boss fights because of his Red Coup de Grace being a major nuke.
- Black Suit Spider-Man is useful in the fight against Kaecilius in Strange Sights

For easy nodes featuring Mindless Ones
Chasm/iHulk/Thanos
*Note: Ideally you want Immortal Hulk tanking as little as possible. Ideally, you want him getting boosted from Okoye or Apocalypse but be aware if he tanks more colors than them you are going to burn through health packs.  Supports that boost match damage is one possible work around.