Enlist is the new White improved gem mechanic that allows players to buff their creatures with the Assemble evergreen and gain life. Enlisted gems work as an army, and once an Enlisted gem reaches the bottom of the board, all Enlisted gems are destroyed and trigger their effect together.

When you match a non-basic white gem by swapping for the first time during your turn, you may choose any opposing target. During that turn's combat phase, your creatures with Assemble will attack that target only.

Assemble is a creature's evergreen ability that allows the player to choose which opposing target is going to be attacked by all creatures with Assemble the player's control, like soldiers following an attack command. The player can choose to activate this ability or not by having to match by swap a non-basic White gem in order to trigger Assemble. 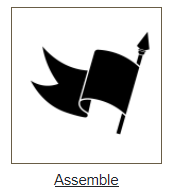 When this gem is destroyed, gain 1 mana for each creature you control, including their reinforcements.

Seed is the new Green improved gem mechanic that makes the player generate more mana, according to the number of creatures and creature reinforcements they control.

When you match 3 or more Green gems for the first time during your turn: This creature gets +X/+X until end of turn. X is the amount of Green gems on the board.

Leyline is a new evergreen ability for creatures that give buffs related to the amount of Green gems on the board when the player matches 3 or more Green gems. 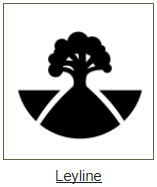 When you create a Denial gem, your opponent gains Denied. When a Denial gem is matched, if a Denied player matched it, Restrain that player. Otherwise: Create a Time Bubble token. Denial gems count as Improved gems.

Deny is the new Blue improved gem mechanic that drains and deny resources from the opponent, working similarly to a counterspell. When a player denies a gem, their opponent will receive an evergreen called Denied. Denied gems work differently according to the player that matches them: if a denied player matches it, their non-Blue mana bonuses will be reduced by the Restrain effect. Otherwise, an invisible support token - the Time Bubble - that counters opposing spells when matched will be created on the board.

“There can’t be more than one player with Denied at the same time. When your opponent gains Denied, you lose Denied.”

Denied is an icon evergreen that defines how a player interacts with Denial gems - if the player interacting with them is the Denied player, their non-Blue mana bonuses will be reduced by the Restrain effect. 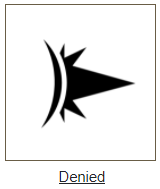 Time Bubble
Support - Enchantment - Blue - Shield 1
When this support is destroyed or loses shield: If it’s your turn - Drain 3 mana from your opponent’s hand. Otherwise: Your opponent discards the first card with mana from their hand.

In case the denied gems are matched by a non-Denied player, a Time Bubble is created, invisible to the owner’s opponent. This invisible support is easily destroyable, and has different effects if the destroyer is the owner or their opponent, translating a feeling of trap and counterspell at the same time.

When a player is Restrained, their non-Blue mana bonuses get -1 until the end of their next turn

Restrain is a new triggered ability that reduces the opponent’s non-Blue mana bonuses until the end of their next turn. These mana bonus reductions can be stacked. 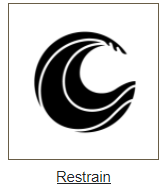 Long ago, Ajani Goldmane learned that fighting is not always the answer. Through this lesson, he evolved his sense of justice, his strength, and his wisdom, molding him into a great leader and advisor. Sometimes, however, the fight comes to you. When that time comes, Ajani will not hesitate to lead his allies into battle! 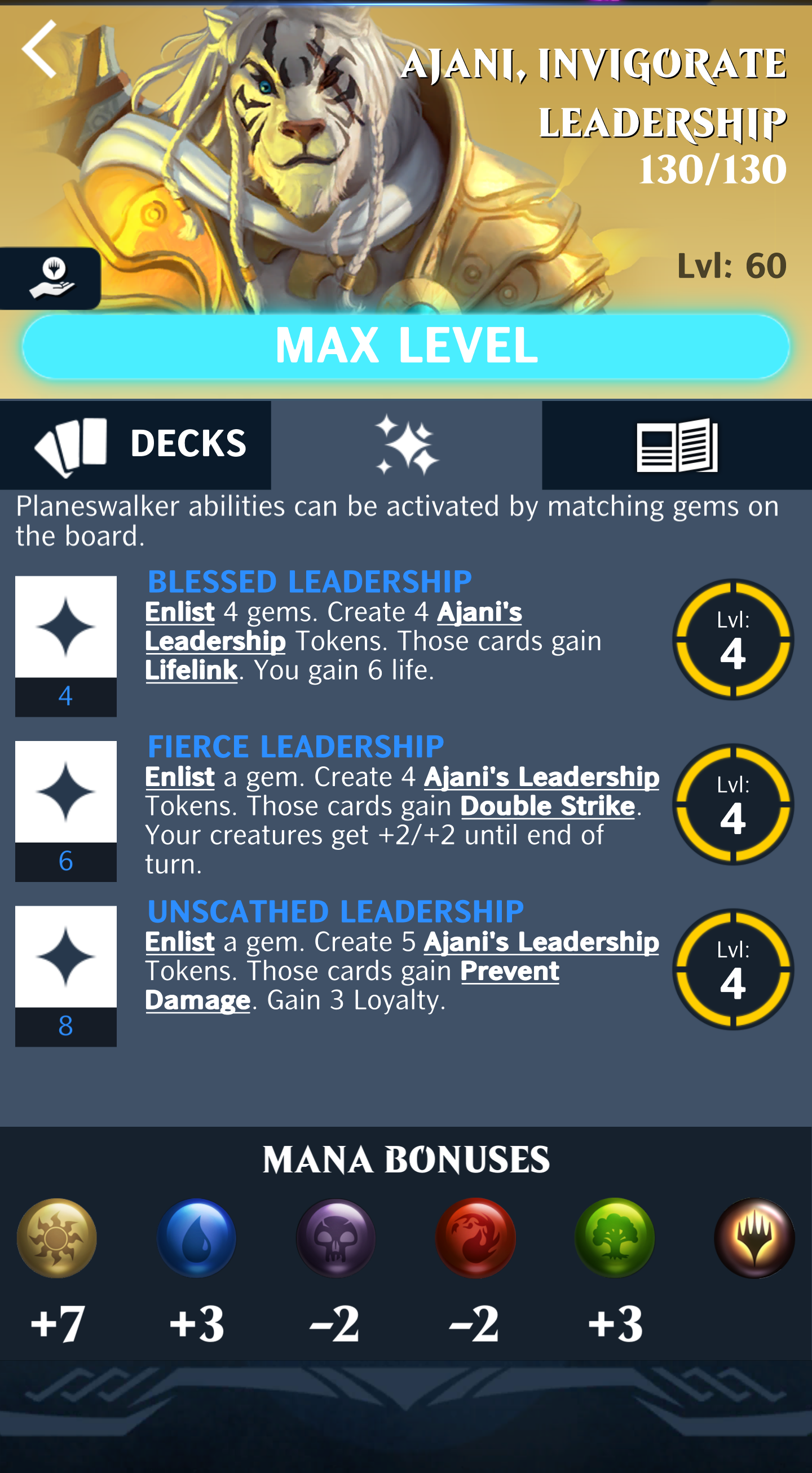 When this support is destroyed: Move all its Evergreens to a random creature you control.

Motivated to guard all life nurtured by the multiverse, Nissa Revane will even use her vital energy to make life flourish in the most unlikely of scenarios. 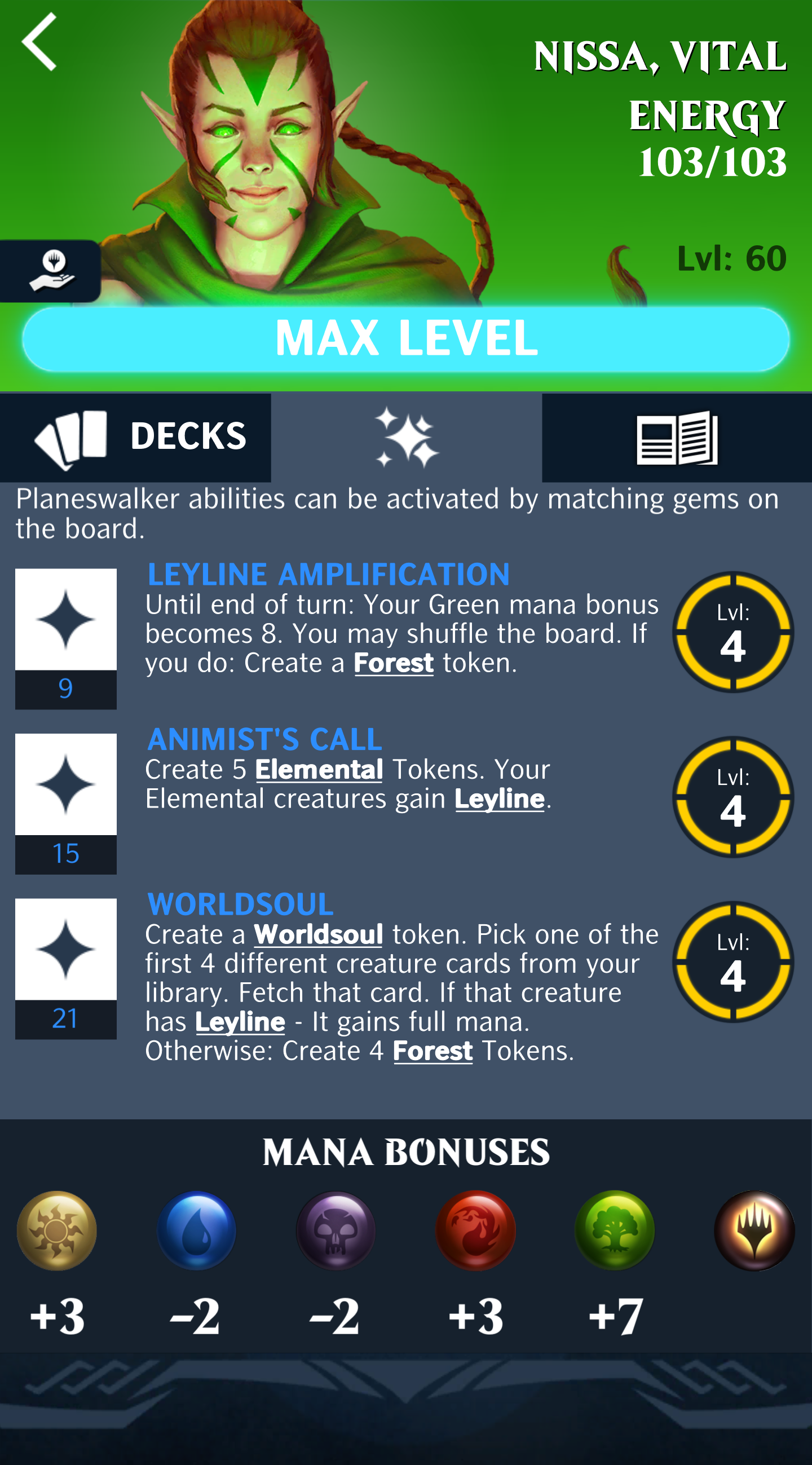 Wise. Powerful. And above all, kind. Famous for his deeds throughout the wide multiverse, Teferi always has time in his hands. Even so, he’ll do whatever it takes to prevent and stop any threat from reaching his daughter, Niambi. 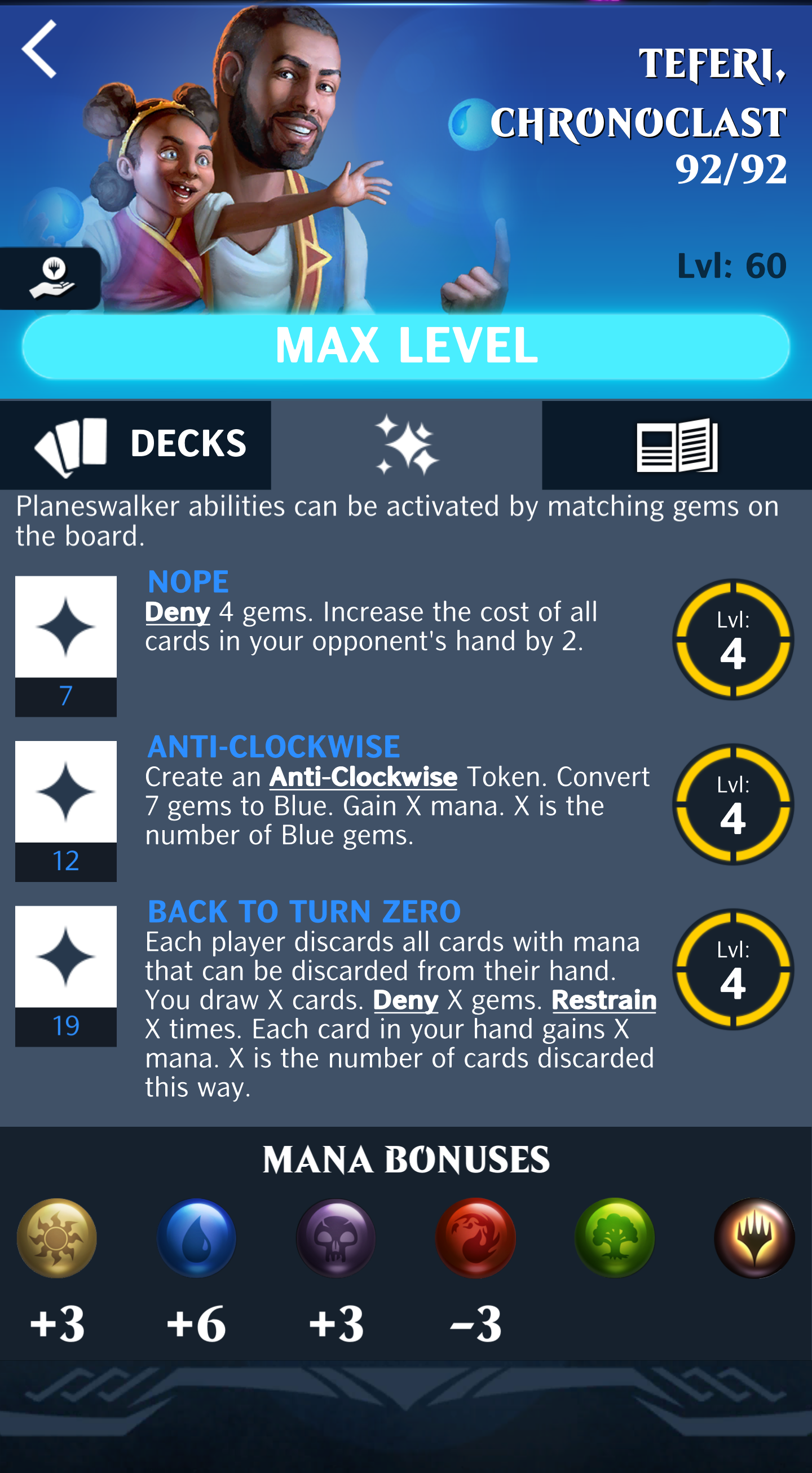 When your opponent makes a non-Blue match by swap: Restrain.