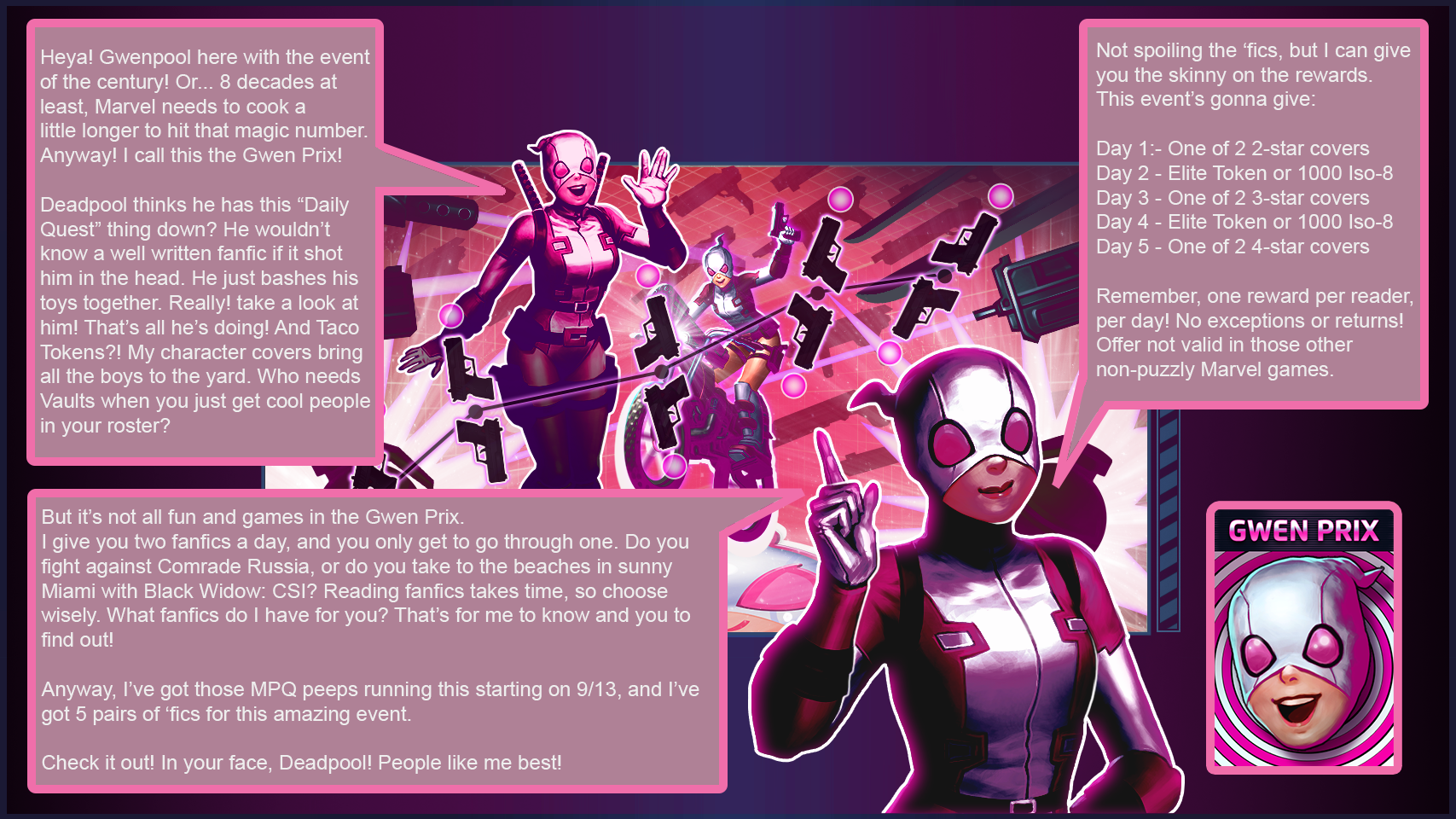 Text version for those of you viewing on tiny screens and trying to decipher even tinier text:

Heya! Gwenpool here with the event of the century! Or... 8 decades at least, Marvel needs to cook a little longer to hit that magic number. Anyway! I call this the Gwen Prix!
Deadpool thinks he has this “Daily Quest” thing down? He wouldn’t know a well written fanfic if it shot him in the head. He just bashes his toys together. Really! take a look at him! That’s all he’s doing! And Taco Tokens?! My character covers bring all the boys to the yard. Who needs Vaults when you just get cool people in your roster?

But it’s not all fun and games in the Gwen Prix. I give you two fanfics a day, and you only get to go through one. Do you fight against Comrade Russia, or do you take to the beaches in sunny Miami with Black Widow: CSI? Reading fanfics takes time, so choose wisely. What fanfics do I have for you? That’s for me to know and you to find out!
Anyway, I’ve got those MPQ peeps running this starting on 9/13, and I’ve got 5 pairs of ‘fics for this amazing event.

Check it out! In your face, Deadpool! People like me best!