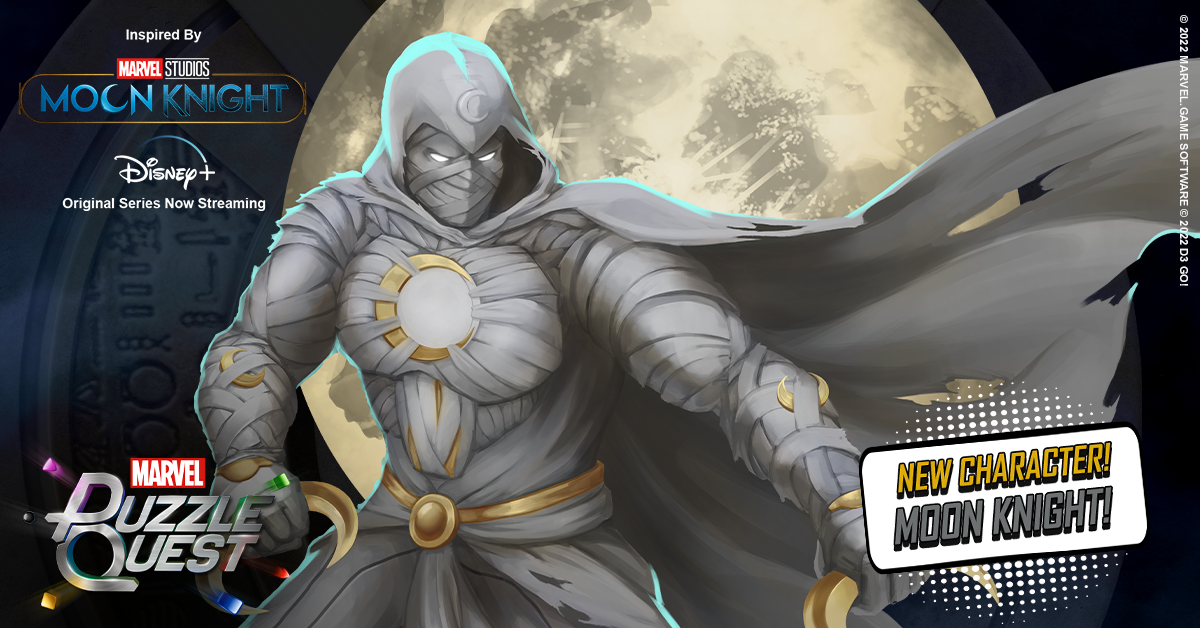 "Steven Grant is a gift-shop employee suffering from memories of another life. A life of Marc Spector, a mercenary who became an Avatar of Khonshu, the Egyptian moon god.

Navigating his complex identities, Moon Knight must not only stop the enemies converging from outside, but also fight the chaos rising from within."

AP
These razor-sharp blades are small, but nasty. Destroy a random row while dealing 1329 damage to the target, and create a 3-turn Countdown tile targeting that enemy. While this tile is on the board, whenever that enemy deals damage, reduce that damage by 620 (to a minimum of 1) and deal 620 damage back. (Max level 5342/2493/2493 damage)
Knightmare - 10

AP
The moon god Khonshu consumes hearts to survive. His needs must be satisfied, or else... Deal 5316 damage to the enemy with the least current health. If that enemy is Downed, restore 3101 health, then create 2 strength 133 Attack tiles. Otherwise create 1 strength 44 enemy Protect tile for each active enemy, then deal 1329 damage to Moon Knight. (Max level 21366 damage, 12464 healing, 534 friendly tiles, 178 enemy tiles, 5342 self damage)
Moon Shadow - 10

AP
Moon Knight is the one you see coming. Sometimes... Create 3 Trap tiles that, when matched by the enemy, deal 886 damage, steal up to 2 enemy Attack, Protect or Strike tiles, and improve them by 111.

MAN IN THE MOON