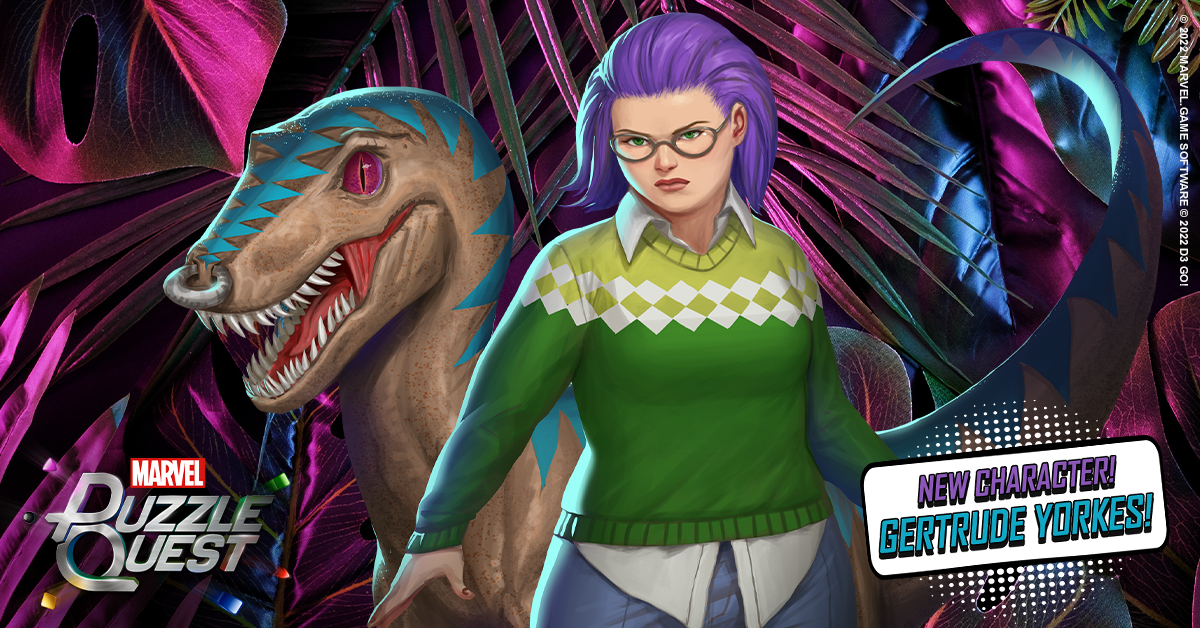 "After witnessing her parents participate in a dark magic ritual with a group called The Pride, Gertrude Yorkes ran away from home. In order to stop The Pride's evil plans, she teamed up with the rest of The Pride's children and a genetically modified Deinonychus she named Old Lace to become the Runaways.

PASSIVE
(PASSIVE) Gertrude Yorkes uses her telepathic link to Old Lace to help her team. If Gertrude Yorkes or an ally would take at least 15% of their current health in damage, create a 1-turn Countdown tile that deals 241 damage. Then improve a friendly Strike, Protect, or Attack tile by 19 for every Runaway on the team. (Max damage 469, max improve 36)
Clever Claws - 7

AP
Old Lace hides in the shadows, stalking her prey and striking at the right moment. Choose 3 basic tiles to become Trap tiles. If matched or destroyed by the enemy, they deal 537 damage, plus 134 damage if there's another Runaway on the team. (Max damage 1046/262)
Dino Strike! - 8