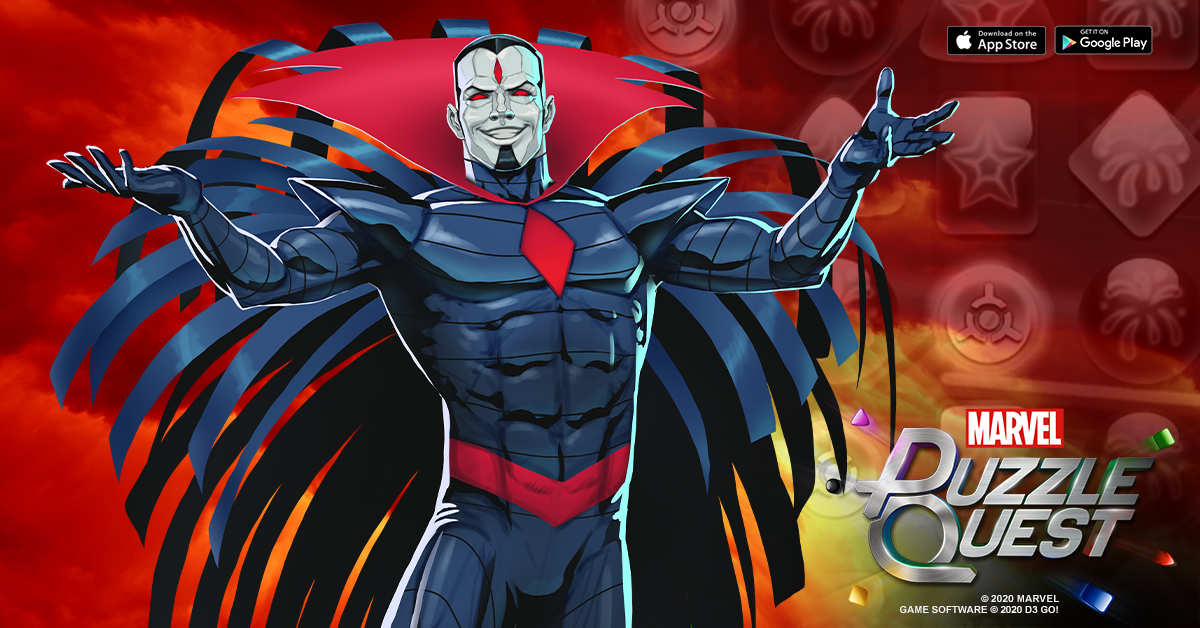 "Unburdened by morality, Mister Sinister will stop at nothing to understand genetic mutation. Using his vast array of powers and superior intellect, Mister Sinister concocts convoluted multi-decade plans to achieve his goals. Operating in the shadows, Mister Sinister steps into the fray only when absolutely necessary.”

PASSIVE
(PASSIVE) Mister Sinister gleefully tosses one of his clones into the line of fire. If an enemy would deal 1735 or more damage and the friendly team has at least 3 Black AP, drain 3 friendly Black AP, prevent up to 1215 damage, and create 2 Trap tiles that deal 417 damage when matched by either team. (Max level - Procs on 6975 or more damage, prevent 4883 damage, tiles deal 1674 damage)
Sinister Secrets -

AP
Mister Sinister's plans can only be comprehended by a single mind: his own! Creates 3 Trap tiles that deal 469 damage for each friendly Trap tile on the board (including these tiles; up to 8 tiles) when matched by either team. (Max level - 1886 damage per tile)