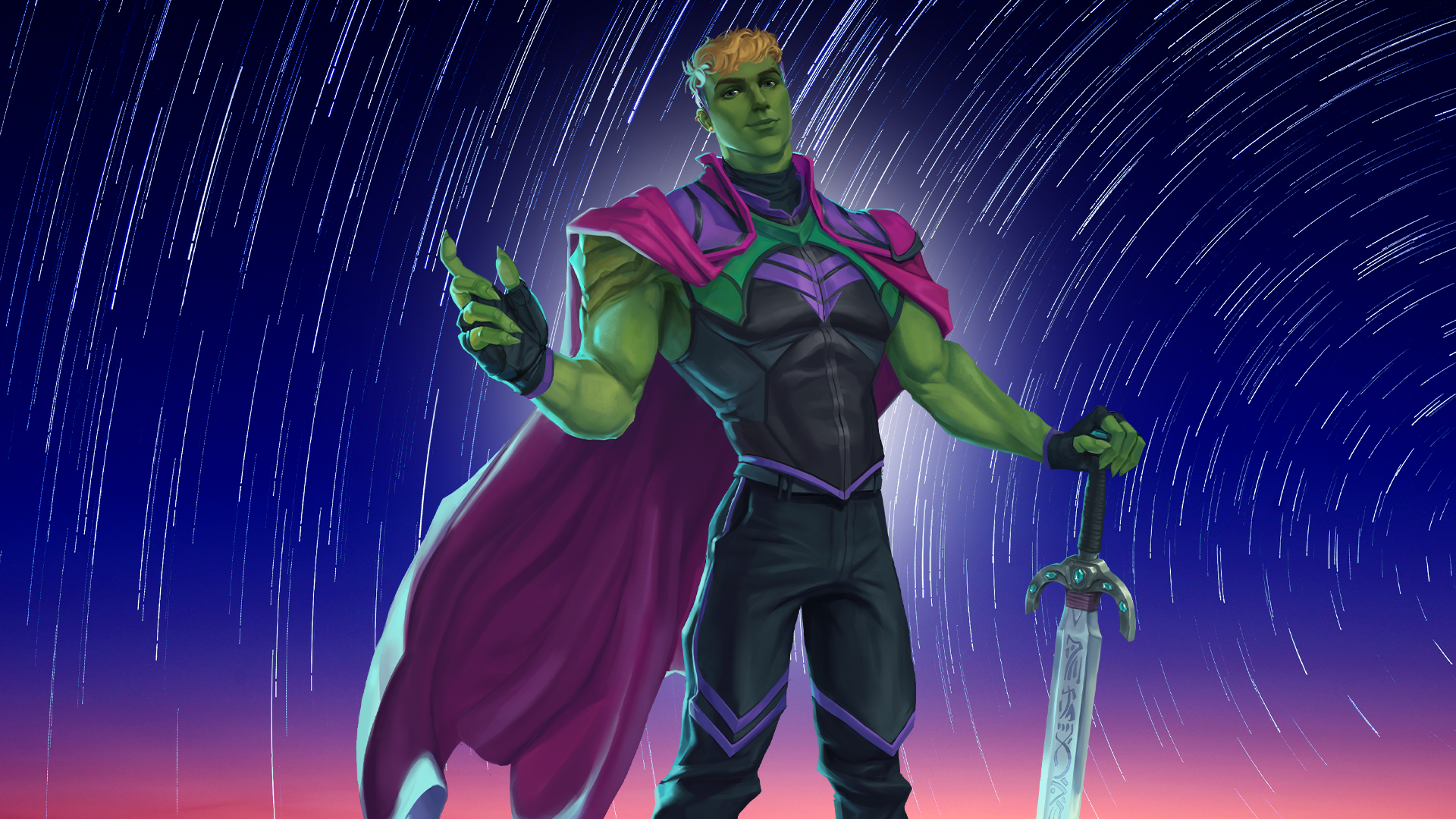 "A king is born, but a leader is made - and a good friend is earned. Teddy's all three, whether wearing the mantle of Emperor of the Kree-Skrull alliance by birthright as Dorrek VIII, saving the day as Hulkling of Young Avengers fame, or spending a well-earned day off with his husband, Wiccan. Big shoes to grow into as a kid who thought he was 'just' a mutant, right?

But a hero's heart guides the way - all the way from ill-advised heroics that had Captain America calling his parents, to fighting alongside great heroes for the fates of Earth, Asgard, and more. Hulkling's a dynamic character, adapting to situations and fights with his shapeshifting abilities and he sure packs a punch - no wonder he idolizes the Hulk!"

AP
The King of Space delivers his decree by the Star-Sword, the blade that knows friend from foe. Select a special tile. Among tiles in that row and the rows above and below, Converts enemy Special tiles to Basic tiles, Fortifies friendly Special tiles, and Empowers friendly Strike, Attack, and Protect tiles 40%.

PASSIVE
(PASSIVE) When this tile is on the board, Hulkling deals 40% more damage with matches and abilities. When the Countdown tile expires or is destroyed, heals a burst of 370 health and this ability becomes Metamorphic Adaptation. (Max level 722 health)
Hardened Spikes -

PASSIVE
(PASSIVE) When this tile is on the board, Hulkling takes 10% less damage from matches and abilities, and deals 56 damage to enemies that damage him with matches or abilities. When the Countdown tile expires or is destroyed, heals a burst of 370 health and this ability becomes Metamorphic Adaptation. (Max level 722 health, 108 damage)
Aerial Annoyance -

PASSIVE
(PASSIVE) At the start of the turn, if Hulkling was Airborne, he creates a strength 28 Attack tile and steals 4 AP among the enemy team's two strongest colors. When Hulkling returns from being Airborne, he heals a burst of 556 health and this ability becomes Metamorphic Adaptation. (Max level 54 strength, 1082 health)