With the previous couple of character releases, we've heard several requests to re-visit the Champion rewards for 3-Star characters, so the development team took some time during the start of the off-season to re-evaluate and adjust some of them!

These changes will go live next Friday (4/28), and there will be an official MOTD announcement this coming Monday (4/24). Having said that though, I wanted to give the forum community a bit of an exclusive sneak peek at the adjustments. 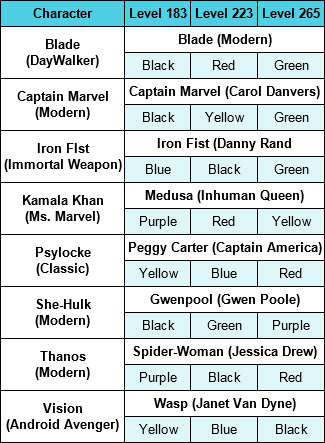