Don’t miss out on a month of:

At the beginning of the combat on your turn: If you control a creature with greater power than this creature's, this creature gets +1/+1.

Training is an ability that buffs creatures when they attack alongside a creature with greater power. In Magic:PQ, as combat is not optional, once a card with Training and a stronger card are both on the player’s field, this ability is triggered and the Training card gets the buff.

Blood Token (C)
Support - Artifact
Token, Mana Field
Mana field: This support loses 1 shield. Then: If you have 4 or more cards in your hand - discard a card and draw a card.
When you destroy this support: Your Vampire creatures get +1/+0 until end of turn.

Blood Token, although a new mechanic for the tabletop Magic: The Gathering, in Magic: PQ it’s being adapted as a token support. Once a Blood token is created, it binds itself to a gem on the board, enabling different interactions and effects depending on specific card texts — such as Sorin’s Planeswalker Abilities — but still keeping an adaptation of Blood token's original effect as an independent ability attached to the token and its Mana Field interaction itself.

Since this is a token card, there will be no specific ability created for this card/mechanic.

This card can accumulate extra mana up to its Cleave value. When you cast this card by fully filling its Cleave cost, this ability becomes active.
Cards with Cleave can’t have its mana drained or raised.

Cleave allows the player to pay more mana when they cast a spell and significantly change that card’s effect — generally removing a drawback that the effect could present. In Magic:PQ, Cleave happens by storing mana (essentially keeping the card in hand for one more swap) and then, like its paper counterpart, when it’s cast the effect is changed.

When this creature enters the battlefield, if you replace another creature with this one, perform the associated Exploit effect.

When this card is moved to anywhere other than the battlefield, exile it. At the end of this turn, if it's not exiled, exile it.

The Outcast evergreen is Magic:PQ’s way to adapt a situation known as Impulse Drawn. It’s given to cards in the player’s hand, and if the player does not cast that card in the same turn it’s drawn, the card is then exiled at the end of the turn.

One of Sorin's greatest actions to protect his home plane was the creation of Avacyn - an angel that would protect humans from the dangers of the night, maintaining the plane's overall balance and food chain. When Avacyn was corrupted and he was forced to destroy her, Sorin became mirthless, forever grieving her despair 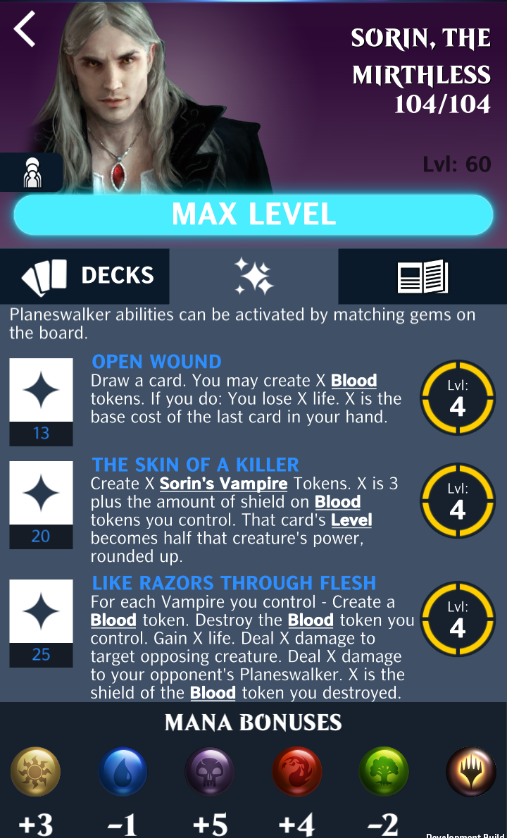 Blood
(Colorless) Support Card (1) Token, Mana Field
Mana Field: This support loses 1 shield. Then: If you have 4 or more cards in your hand — Discard a card. Draw a card.
When you destroy this support: Your Vampire creatures get +1/+0 until end of turn.
Sorin's Vampire
(Black) Creature - Vampire (2/2) Token, Flying, Imminent Death, Haste, Level
When this creature loses a reinforcement: Decrease this card's Level by 2.
When this creature dies: Create X Blood tokens. X is this card's Level."

Chaos? Check. Death? Check. Spirits? Check. A never ending struggle for survival in a plane far far away? Also, check. Kaya will cross everyone - and everything - off the list that stands in her way of protecting Innistrad’s underdogs. 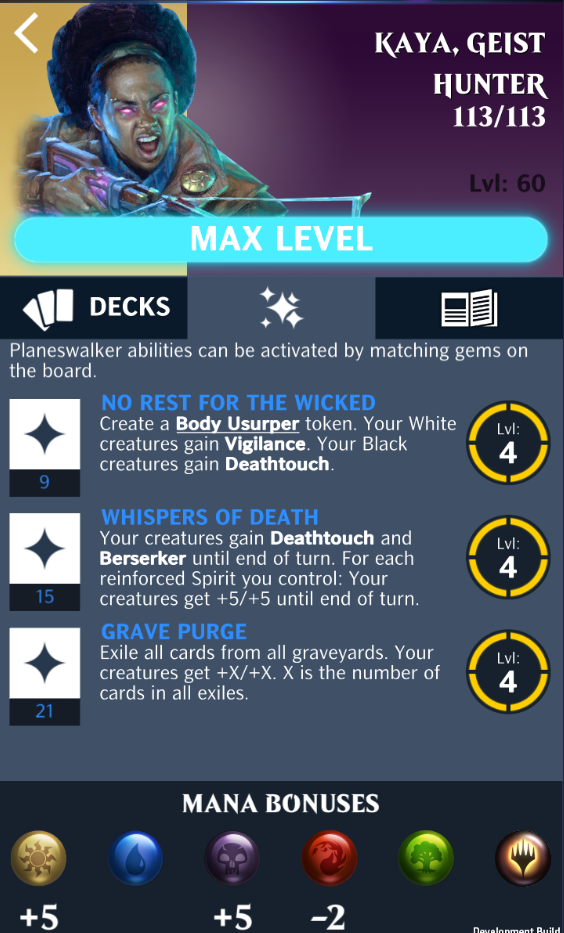 The plane of Innistrad has always been famous for its multiple dangers surrounding their inhabitants. However, as difficult as it might be to survive in it, people always had freedom. And they’re about to lose it. In this scenario, Chandra Nalaar steps in, dressed to kill: there’s no fire she won’t light to defend those in need! 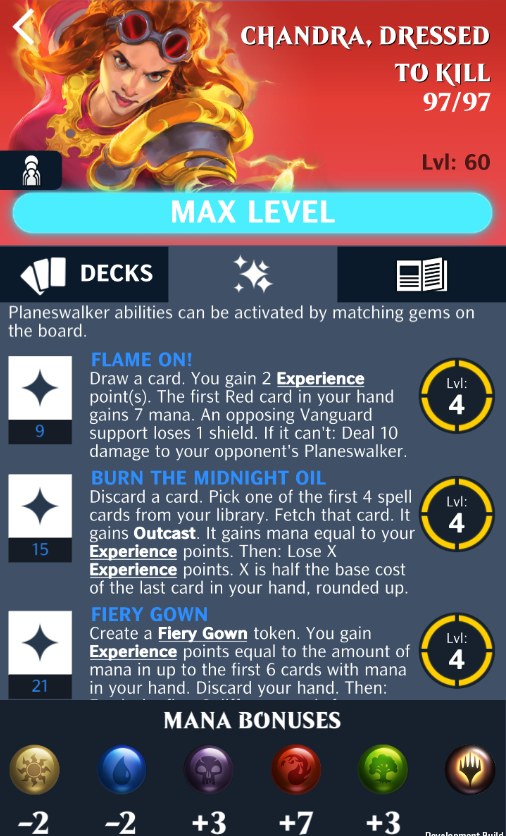 Tokens
Fiery Gown
(Red) Support Card (4) Legendary, Token
When you cast a Red card or a card with Outcast is exiled from your hand: Deal 3 damage to any opposing target.