Pulling the same dupes over and over. 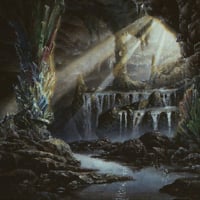 Smokincookz Posts: 157 Tile Toppler
11 June 2020, 19:12 in MtGPQ General Discussion
It seem that with each set, I pull a certain mythic or rare, and get dupes of those cards very early on. Out of 25 remaining mythics from Iko, I pull one of the five I already have. Has only happened a couple times with rares this set, though I am not going for nearly as many PP’s this time. With the commons and uncommons, it almost always seems bad.

I remember opening RNA packs and getting so many Angelic Exaltations that I lost count. I’m not joking, I got at least a dozen of them while having rares left to obtain- even after completing the set, it often came up as a dupe. During M20, I pulled Atemsis twice while still having most of the mythics left unobtained.

Why does it seem that in each set, a couple mythics and/or rares are chosen randomly for a player and always pulled more frequently? Or am I just seeing patterns where there really are none?