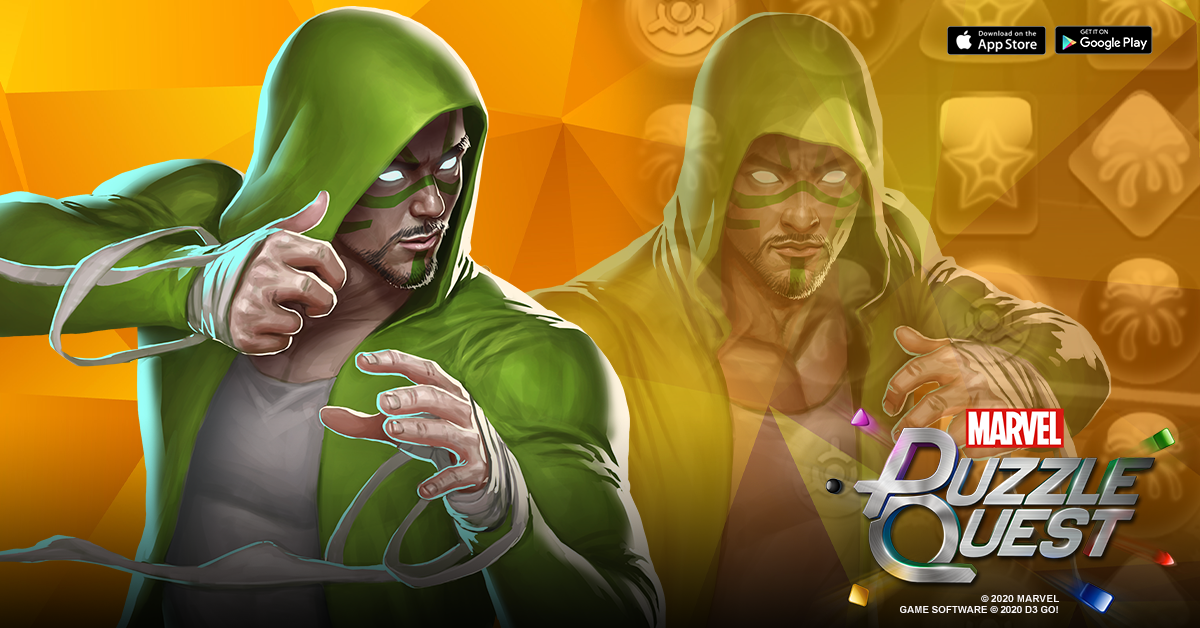 "Strategic adviser to the Inhuman Royal Family, Karnak's unique ability to see the flaw in all things shapes his every move. Be it structural or psychological, no weakness can escape his gaze for long!"

PASSIVE
(PASSIVE) Karnak carefully studies his opponents, avoiding their blows as he searches for their weak points. At the start of his turn, if one does not already exist, create a strength 32 Protect tile. 4 turns after the battle starts, convert 1 Black basic tile to Critical tile(s) and turn this power into Exploit the Flaw. (Max level strength 63 tile)
Exploit the Flaw
(PASSIVE) All match damage dealt by this character is increased by 140%. (No change via max level)
Shatter - 10

AP
Karnak launches a precision strike at his opponent, provoking a reaction that further reveals their vulnerability. Deals 509 damage to the target and converts 1 basic tile into a Critical tile. (Max level 992 damage)