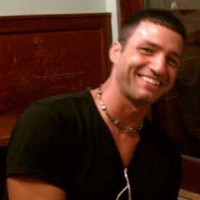 The_Boi_of_Steel Posts: 16 Just Dropped In
November 2019 in MPQ General Discussion
Has anyone noticed how their ranks seem to bounce?  For instance, when I first started paying good money to get hero coins to shield myself, my rank, after 8 hours, stayed the same.  Now, all of a sudden, it’s bouncing wildly.  I played Tongue Lashing last night, 8 hours ago, and it was rank 5.  Now, hours later, it showed I was at rank 13 and then quickly jumped to 11.  I wrote to complain and as soon as I went back, it jumped to 13 again.  I was shielded the entire time.  I don’t want to hear bull about their servers taking time to adjust.  This never happened before.  I’ve spent a lot of money so far.  If I’m going to be played, I’m putting my money elsewhere.  This is ridiculous.  Surely someone else has noticed this.