Could use advise on what to do next with my roster 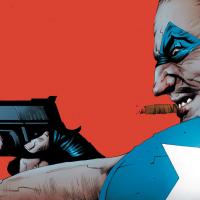 Falconfreak Posts: 85 Match Maker
July 2019 in Roster and Level Help
You can see my account name and alliance in the signature. I am currently level 69. I have all 2* champed/farming. I have all 3* characters with 14 of them champed. I have almost all 4* characters. I have six or so 5* stars.

I know not to bother champing my 5* star people until much later. I have gotten conflicting advise on the 3* and 4* roster.

Should I not bother to level up my 4* characters until I completely champ my entire 3* roster? This seems to be the majority opinion when I asked in alliance. My alliance only has a handful of serious players as the alliance name suggests it is for casual players which is totally fine.

I would like to level up my 4* characters that I like using but I don't want to completely screw up pvp for myself. I'm already being forced to pick the 32+ option in pvp events where I consistently run into teams with 300+ characters in all 3 slots.

Is it truly better to forget my 4* characters until I champ out the entire 3* roster in the game?