Re balancing Health on 5* Characters 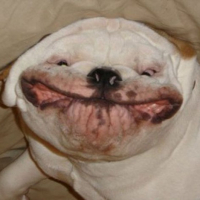 Palookaville Posts: 80 Match Maker
February 2019 in MPQ General Discussion
It seems that with each newer 5* character, not only are they more powerful than the original set of releases, but they have more health. I don't know why, but it bothers me that Okoye has a lot more health than Jean Grey.

Anyway, just for fun, I did a list of a fantasy health re-balances for all of the 5*'s.

Of course there would have to be certain character changes I guess, Banner would easily be under 40,000 health, but maybe you could implement something where if he changes to Hulk, his health doubles. Wasp is small with not much health, but a change where she is very hard to hit (to make up for the small health) would be nice. That kind of thing.

What do you guys think? I know a health re-balance will never happen as too many people would complain that their Jessica Jones or Okoye were getting nerfed  with a heath drop. It's all subjective, but let me know how badly wrong I have gotten things and give you own suggestions. (or don't)