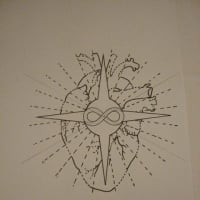 Alex502 Posts: 66 Match Maker
August 2018 edited August 2018 in MPQ General Discussion
This might be my roster meeting the power list for the event, but then I try this fight with other team combos and I'm just plain blown away at how easy it is to demolish Thanos in his event. I mean, fighting him in PvP is way more dangerous than his Boss counterpart. What I'm most shocked at is that he doesn't gain bonuses for any of the stones he "matches" away with his gauntlet blast. I mean, come on. It should feel like a race to collect them before he does, but it's the most basic of the basic, easiest boss event the game has to offer. My current go to team, by the way, Peggy, Championed, 5/3/5, 3* Starlord lvl 199 3/5/5, and XForce Wolverine at 209 and 3/5/2. Couldn't be easier. With Wolv's black at 5, Starlord's powers are gravy, and Peggy stomps him flat with anything, her red packing up to 13k or her blue a whopping 30k if all three tick off, and is easy to control the board since he doesn't make normal matches.

End result? Boring grind of a fight that should feel like a fast paced, overwhelming odds, and honestly more difficult fights the game has to offer. Few other villains in the Marvelverse have as much radius or gravity across story arcs, and as much raw power at hand. And while the Sinister Six are great fun and a challenge to battle, they shouldn't out rank Thanos this much.

PS. Apocalypse is a great battle, and feels like it should. A battle the end to overcome his horsemen and then him too. Thanos just eats the damage, and takes it without much fight back or complaints.