Wasp Gauntlets are here as our newest Support, so get ready to blast your foes with Pym Particles to turn the tide of battle. 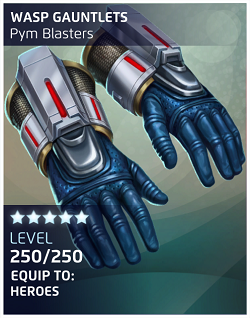