Suggestions for changes to Cobra's characters 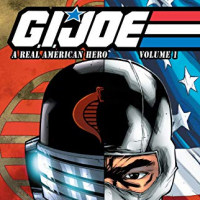 Nostalgic_Gamer Posts: 2 Just Dropped In
June 2020 in GI Joe Suggestions
Destro would look much better if he wasn't wearing a Pirate's coat. Something more modern would look cooler OR adding alternate costumes/skins is a good idea too. Also, his wrist rockets should do more damage...his rockets should b more powerful than Baroness' .50 Cal rifle imo. In fact, Baroness' rifle is almost as powerful as Cobra Commanders ( a legendary character ) Sat. Strike and that is just unrealistic.
B.A.T. squad damage is also pretty low...mine are at lvl 9 and only do 3.3 dps. What are they shooting exactly? Air rifles of what?? LoL
That's what I came up with so far with Cobra, I will update if I notice anymore. If anyone else notices anything out of the ordinary feel free to share your thoughts.
0