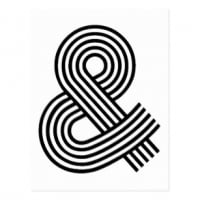 Ampersand Posts: 139 Tile Toppler
December 2019 edited December 2019 in MtGPQ General Discussion
I think we are all used to each set having 5 or so exclusive Mythic cards that are for sale and then hit packs and crafting once the next set is released. We have also had the occasional Mythic and often Rare exclusive cards that are only initially available as event rewards.

I looked at what is in the Chulane Deck Toolkit that is in the vault now, and there are three exclusive Rares in this bundle. There are a significant number of exclusive Rare cards in Throne of Eldraine - are they all going to be for sale? Will any of the Rare cards in this Chulane bundle be available as event rewards or will there be some other non-cash way of getting them before the next set comes out?

I really hope this isn't a sign of a new move toward more cash-exclusive cards at rarities lower than Mythic....

@Brigby
@LakeStone can either of you help clarify this?