The Chasm problem and a possible fix 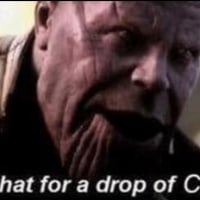 Now that we've had some time to play around with Chasm he's become the new broken character thats causing an imbalance in game play in the PVP realm, although he is well thought out, he quite frankly is too powerful as a single character. Not in terms of damage dealt, but how he impacts every match and requires a very specific way of beating him (when matched with Immortal Hulk)
We cant have one character that does all of the below and believes he's a balanced character:
1. Deals a team stun in the beginning
2. Reduces Ap from "Walking Abyss"
3. Controls AP gain via Abyss tiles
4. Creates Web tiles
5. Self Heals
6. Deals passive damage
7. Infinite Revival
8. Team Stun on revival
9. And the possibility to be revived with full health

I do believe that one tweak to his skillset that can tone down the ultra long matches is:
Removal of this one particular function of Walking Abyss. "At the end of each turn, for each Abyss tile on the board up to 3, both teams lose 1 AP from the front character's strongest color with 1 or more AP" This aspect of his build combined with the function of the Abyss tiles keeps the AP too low for too long. I don't think a small change like this impacts his overall effectiveness offensively, but does provide a player the opportunity to build AP to use abilities to counter/down him.