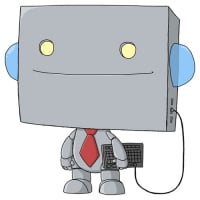 welbot Posts: 33 Just Dropped In
September 2022 edited September 2022 in MPQ Suggestions and Feedback
I switched to not having character animations some time ago, because as cool as they are, they do add quite some time to battles when you add it up.
These days, I feel like I might as well have them on, because you still can't do anything while the message about a power firing, or a person being eliminated is on the screen. Wouldn't it be possible to make those messages less obtrusive, and allow players to make moves without having to wait until they clear? Like with powers that fire at the beginning of a turn. Have them all take effect, at once (unless it's something like hulk where tiles are moved of course) and then just flash up a list of what went off. I feel like some days it's a bit of a chore to wait for fights, espeically when using 3 characters who do happen to fire off powers at the beginning of every turn (like this round with Killmonger.)

If people want animations on, you've got to expect delays, but when you turn them off, you kind of expect it to be quicker, but it really doesn't feel like it is some days. Some of this seems to also be from enemy units too. Like after they place a countdown tile or something, it takes seconds for anything to happen. That may even be the bigger of the issues? I dunno. Hard to tell, but it just feels like such an annoying block that doesn't need to be there
0