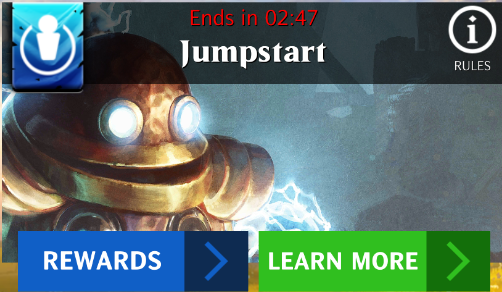 “Every choice alters the path of fate. —Sarkhan Vol.”

Number of nodes: 5 nodes, one for each of the allowed Planeswalkers;

It is only allowed to join one node.

How many matches can you win with a deck made half by a Planeswalker’s themed cards, half another theme? Choose your packs and enter this challenge!

Choose a Planeswalker, grab one of the Booster Pack options at your disposal and get ready for this chaotic grand melee!