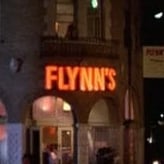 Flynns_Arcade_1982 Posts: 1 Just Dropped In
21 July 2022, 19:20 in MPQ Suggestions and Feedback
Since there are so many 4-stars in the game, and are left to never get used sometimes, how about an addition to the DDQ where the game randomly selects three of your 4-star characters and pits them against 3 also randomly picked computer controlled 4-stars?  The level of the computer team should match the players.  You get one shot at it for say, 1-2 command points as the prize for winning the battle. (prize could be random as well).  If you lose the battle, you don't get another chance.

I think this would be a fun addition and give some play time to those 4-stars that sit on your roster never being used.
Tagged:
1