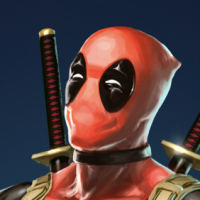 My name is James Finley and I’m the new Game Director for MARVEL Puzzle Quest. As a long-time fan of the game, I’m so thrilled and honored to be here. I’m not the only new face coming to the game; I’ve brought my studio with me. I co-founded Broken Circle back in 2008 with the vision of bringing players and developers together through great games, and in partnership with D3 Go! and a collaborative handoff from Demiurge we’re taking on the role of developer for MPQ.

I’m sure that many of you are wondering what this means for the game. I know I would be! I suppose I can start off by saying that this move hasn’t been abrupt. The folks at Demiurge, Broken Circle, and D3 Go! have been working tirelessly for months to align on what’s best for the game and most importantly, its players. Demiurge has taken great care to build something wonderful, and we intend to honor and carry on that legacy.

We also plan to grow and improve upon what’s already there. Coming to this game as fans, we’re ignited by the limitless possibilities of MARVEL Puzzle Quest and are ecstatic to dive into building what’s next for us all! My team and I are thrilled about the future of MARVEL Puzzle Quest and can’t wait to share just some of the things we have in store. In fact, why wait? Let’s talk about some of it now!

-This month (June) marks an important month for a number of reasons, and we have our eyes set on Hellfire Gala! Keep your eyes peeled toward the end of the month and check into the game to receive a welcoming gift from the MARVEL Puzzle Quest Team!

-3-Star / 5-Star co-releases are coming back in a big way. We love what 3-Star characters do for the game and we want to bring them back into the release schedule. What does that mean? You can expect a 3-Star character co-released with every 5-Star starting in September, giving you more opportunities to pull and roster the characters you love!

-Micro / Macro Rebalances are coming to MPQ. Every month you'll see sweeping changes to underperforming characters to breathe new life into your roster. As the game has grown, so too has its philosophies and metrics surrounding character performance. Later this summer you can expect to see announcements and patch-notes, as well as development blogs where we peel back the curtain on the actions we're taking to update your favorites.

-Costumes and Costume Store - In addition to revisiting 3-Star releases, costumes are also something we want more of, and with greater availability. That’s why later this year you can expect costumes to come out with greater frequency, become more accessible, and become a regular part of our stores and various offerings.

-New Boss Events - New content aside from characters is something that we as players want to see more of. A lot more. While it's going to take some time to expand upon the existing PVE and PVP content, something we plan on building right away are Boss Events. Bosses allow for these incredible moments that encourage Alliances to unite against a common enemy. We have several such encounters planned for you this year, starting with the fearsome Gargantos that many of you may have faced off against already. Be prepared and assemble your Alliances!

And that’s certainly not even scratching the surface. Expect more content, improved systems, and years of community feedback make its way into the game we all love. The best of MPQ is just ahead!

And find me here in the MPQ forums at DevpoolMPQ_BCS.