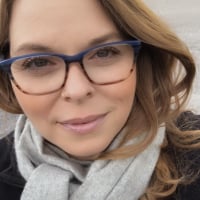 bk1234 GLOBAL_MODERATORS Posts: 2,924 Chairperson of the Boards
May 2022 in Event Details
With Naktamun in the throes of destruction, one Hour remains. It was not spoken of in The Accounting of Hours, for it was not meant for the people of Amonkhet. Nicol Bolas calls on the planeswalkers of the Gatewatch—Liliana Vess, Jace Beleren, Chandra Nalaar, Gideon Jura, and Nissa Revane—to face him.

They answer his challenge, and an epic battle ensues. Nicol Bolas defeats the heroes one by one, pushing them to their breaking points and forcing them to planeswalk away. Nicol Bolas’s victory is complete.
----------
Event Type: Player vs. Player
Deck Restrictions: Legacy
Rewards: Progression, Placement, Coalition
Initial Node Charges: 5
Max Node Charges: 7
Node Recharge Time: 8 hours