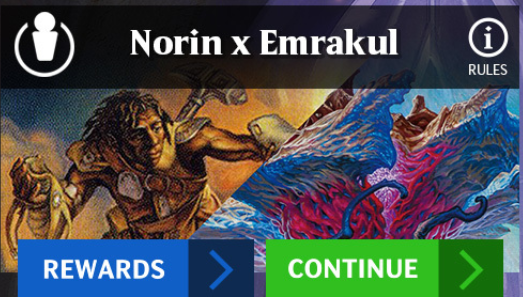 “Cowards die many times before their deaths”

Deck Restrictions: Play with the deck built for the planeswalker you selected.

Rewards: After choosing a side, each victory gives you special rewards.

Number of nodes: 2
Norin and Emrakul are new Planeswalker's that will only be playable in the event.

Players can play as one of two new exclusive Planeswalkers on the PvE nodes of the event: Norin, the Wary or Emrakul, the Aeons Torn. You will be able to play in both nodes. After choosing a side each victory gives you special rewards.

Run to the hills! 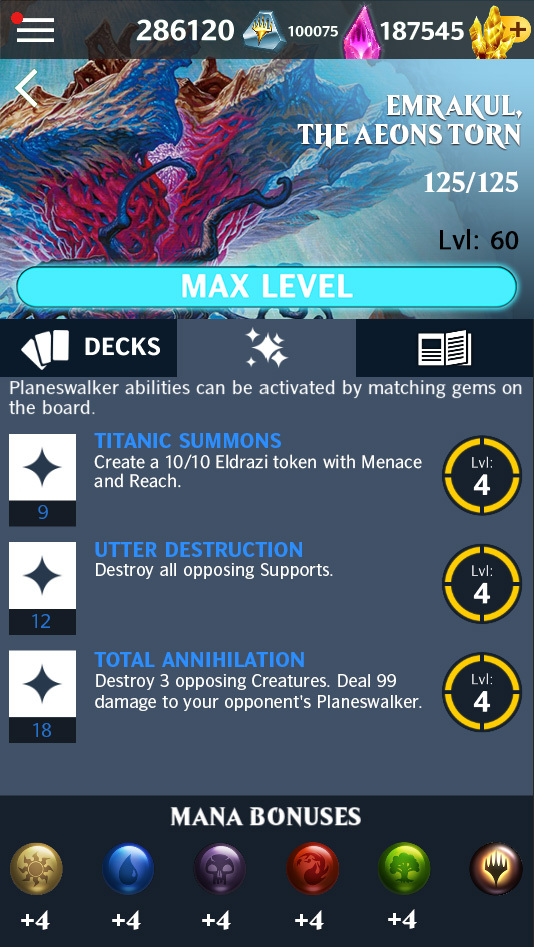 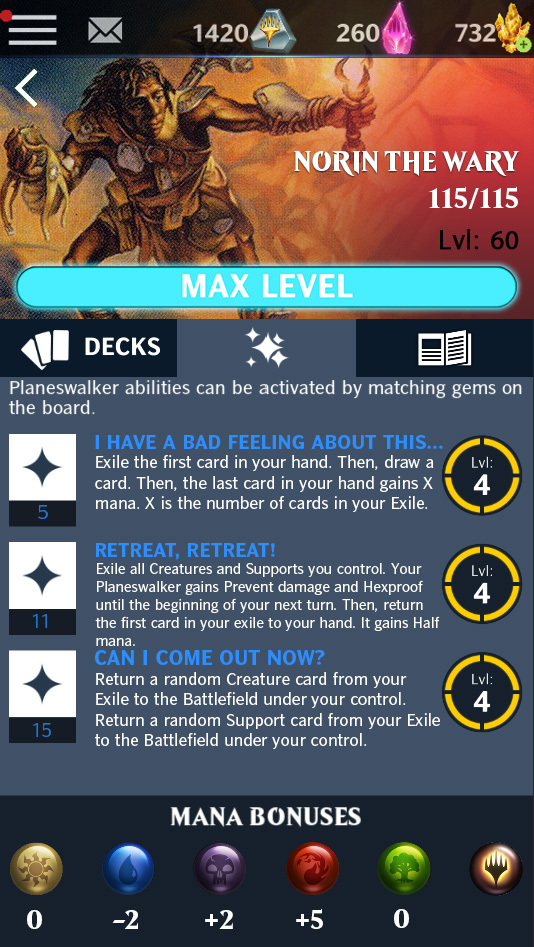 "Exile all Creatures and Supports you control. Your Planeswalker gains Prevent damage and Hexproof until the beginning of your next turn. Then, return the first card in your exile to your hand. It gains Half mana."

- Wary Measures: When a creature or support you control is exiled, the last card in your hand gains 3 mana.