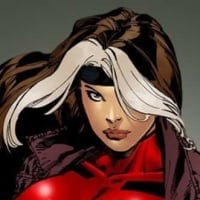 Borstock Posts: 1,821 Chairperson of the Boards
26 March 2022, 21:31 in MPQ Bugs and Technical Issues
PvE - Visions of Danger-- SCL9
During my initial climb in this sub, my placement number kept going back and forth from 1 to 2. I assumed I was neck and neck with another player. I was almost finished, with only 2 clears of node one plus the 1k Phoenix node left, and my placement read as 2.
I finished at 1, but figured it was only by seconds. I wanted to see who had been on my tail the whole time, but when I checked the leaderboard, the closest user was 5k behind. It took them another few minutes to finish.
I know these numbers don't update in real time. We've all experienced the sudden -250 in PvP before, but I have never seen a PvE number so delayed. Is this a bug? A hiccup? Anyone else experienced this?
0