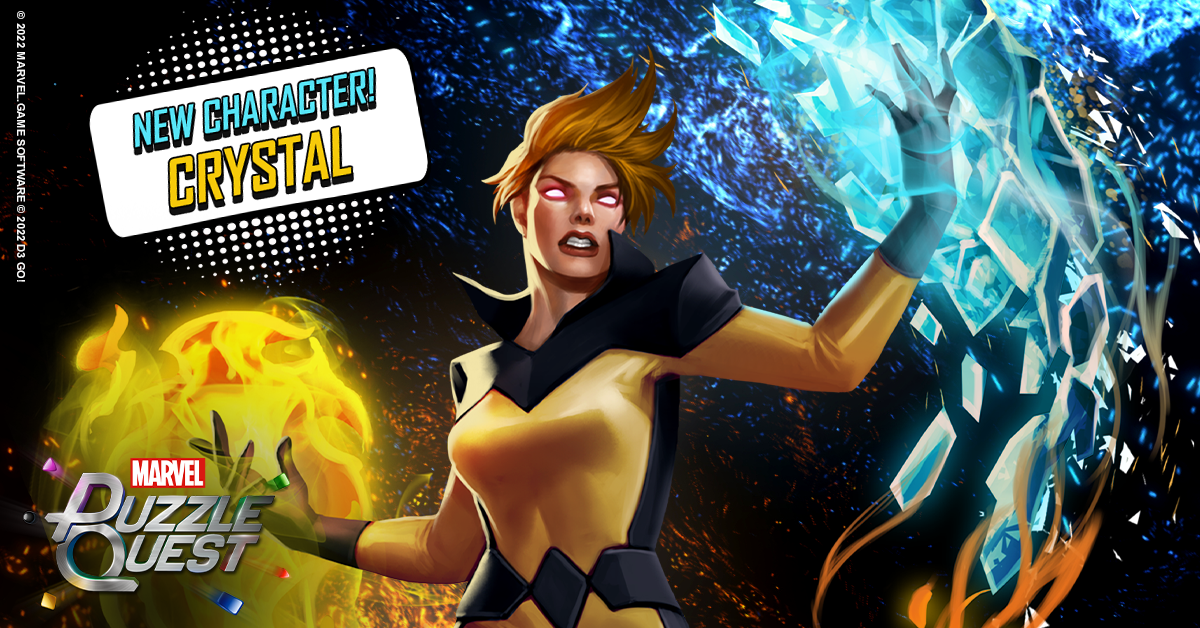 “Sister to Queen Medusa, Crystalia Amaquelin has the Inhuman ability to control the four classical elements of Fire, Water, Wind, and Earth. In the aftermath of the Terrigen Cloud awakening new Inhumans around the globe, Crystal was appointed the Inhuman Ambassador to oversee diplomatic relations and humanitarian efforts in regions affected by the Mists.”

Some Say The World- 7

With the power of the elements at her fingertips, Crystal unleashes mayhem and destruction! Deals 1297 damage and creates a Strike tile, Protect tile, and Attack tile of strength 174.

(PASSIVE) Crystal's base match damage is increased by 14 for each type of friendly special tile on the board (includes Strike, Protect, Attack, Countdown, Repeater, and Invisibility).

Crystal channels the elements to shape the world around her. Choose an element. Deals 3684 damage to the enemy team. This power’s passive effects change based on the chosen element.

Earth - (PASSIVE) Whenever you make a Green match, Crystal improves a random friendly Strike, Protect, or Attack tile by XX%

(PASSIVE) As the Inhuman Ambassador, Crystal handles diplomatic relations to find and protect Inhumans all over the world. Whenever the enemy makes a match, if they have more AP than you in that color, grant a burst of 1842 health to the team. Inhuman allies get an extra burst of 613 health.

Whenever the enemy makes a Match-4 or greater, also generate an AP in that color.