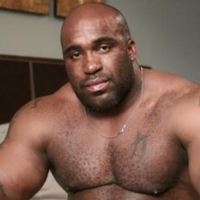 Hi teams! This is gonna be a big ask with a lot of moving parts, so bear with me as I try to outline what we’ve been brewing.

Ever since the introduction of PvP, many players have realized the potential that opening that door could have on the game, and I want to share with you some of our ideas- big and small- and demonstrate how they will benefit the community within the game and the game itself. There are three big things that have been discussed:

World chat- even if it needs to be separated into servers

PvP events and rewards- This includes competitive and cooperative gameplay, each having their own distinct reward systems

The importance of a world chat:

The game as it is now is very quiet. The only real way to communicate with players about the game is through coalition chat or using platforms outside of the game like Discord. While these methods of communication have been useful- having a more centralized form of in-game communication that expands to more than just those in your coalition would provide a sense of community, foster learning, and draw players to use the app more. Smaller coalitions that have trouble finding players can recruit, form new coalitions, or even just talk to one another to compare strategy for events and organize PvP. Larger coalitions can advertise looking for skilled players rather than just keeping an empty slot every week, which would promote healthy growth for all players in the game. Additionally, the implementation of a world chat would draw new players to the game, along with marketing around these new features.

Moderating chats like this will be a challenge- especially since it currently falls to the leader of each coalition to act in this role. Many others and I believe that the benefits of a world chat will outweigh the drawbacks. It could be implemented in a way that you don’t have to see the world chat if you don’t want to, add friends, or block those who you don’t want to hear.

The importance of expanding PvP and coalitions:

As I mentioned earlier, PvP breathed new life into this game for many players, myself included. While tuning our decks fighting against Greg (the AI), is useful from time to time, it is nothing compared to the challenge of playing against a real opponent. I realize that it was a feat to launch this capability on its own- but expanding the ability to cross-coalition challenge would be a phenomenal way to hone the skills of veteran players and promote the growth of new ones.

Similarly, coalitions could be updated so that finding active ones is easier. The search function could include filters like percent of members that play the last 5 events and their average score for the last 5 events. The inclusion of coalition descriptions would be beneficial as well, allowing leaders to describe their approach to the game and performance requirements for members.

Not everyone is a fan of PvP, but it could be implemented in a way to where it is not in your face if you do not want it to be- like having its own tab on the home screen menu and possibly having its own chat.

A reward system designed around PvP would encourage players to take part in challenges, offer rewards for improving their strategy, could be set to different modes like standard and legacy, and be broken up by tiers.

Cooperative events- this is a big one. We currently have archenemy themed events centered around Avacyn and Bolas, but in this form- you and another player would team up and fight through a dungeon similar to the You Found an Entrance event- ultimately ending in a boss battle. You and your ally would share a board-state and health, but take your turns sequentially with separate hands, flipping between player 1 and player 2. Cooperative gameplay would open the door for a multitude of card interaction possibilities and would be a fun challenge to play with your friends or even someone you’ve never met before.

Ultimately we just want more ways to interact with the other players who love this app as much as we do, we want to see the game grow, and we want to promote the growth of every player. I know this is a LOT of things, and many of them might not seem feasible, but this is important to us and we hope it is important to you!

Thank you for your time and consideration,