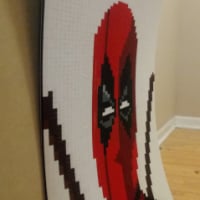 hothie Posts: 208 Tile Toppler
July 2021 in MPQ Tips and Guides
The Puzzle Gauntlets up until early July were challenging, but doable, especially with the right characters. The early July Gauntlet, however, seemed overboard on the challenging aspect to many players. This was mainly due to the RNG based win conditions. Personally, I never did beat the web tiles node, despite playing it numerous times with different teams and different strategies. I just couldn't get it to work for me.

I believe the devs saw our responses to that Gauntlet, and adjusted the late July Gauntlet accordingly. But I think they may have taken it a bit too far. This one just seemed way too easy, and again, having the right characters helps immensely. Maybe I just had the right characters at a good enough level, but I have green checked all of this Gauntlet in less than a day, with only having failed a node once or twice total due to killing the opposing team before meeting the win condition. (note to self, do not bring Polaris in a "generate AP" Puzzle Gauntlet, regardless of the support you have on her.)

I mean, I'm not complaining, thanks for coming down from the difficulty level of earlier this month, but you can make these a bit more challenging than this one was.

So, I'm not just going to make this post without offering a suggestion for future gauntlets:

Win condition: "Have 10 friendly red strike tiles on the board." So then, no only do you have to think about possibly generating red tiles, but you also have to think about strike tiles. For this scenario, likely characters to be used could be Daken, Blade, Wolverine, Polaris, amongst others. Something specific like that seems like it could be a good challenge, especially with the right foil characters, which you are good at choosing by the way. Yet it doesn't seem impossible, at least not for a number like 10. Make that into 15, and I think that gets much closer to the impossible range, given the finite number of tiles on the board.

So, good job coming down from earlier this month, but, at least to me, you can turn the difficulty level up a little bit from this one. Looking forward to the next one!