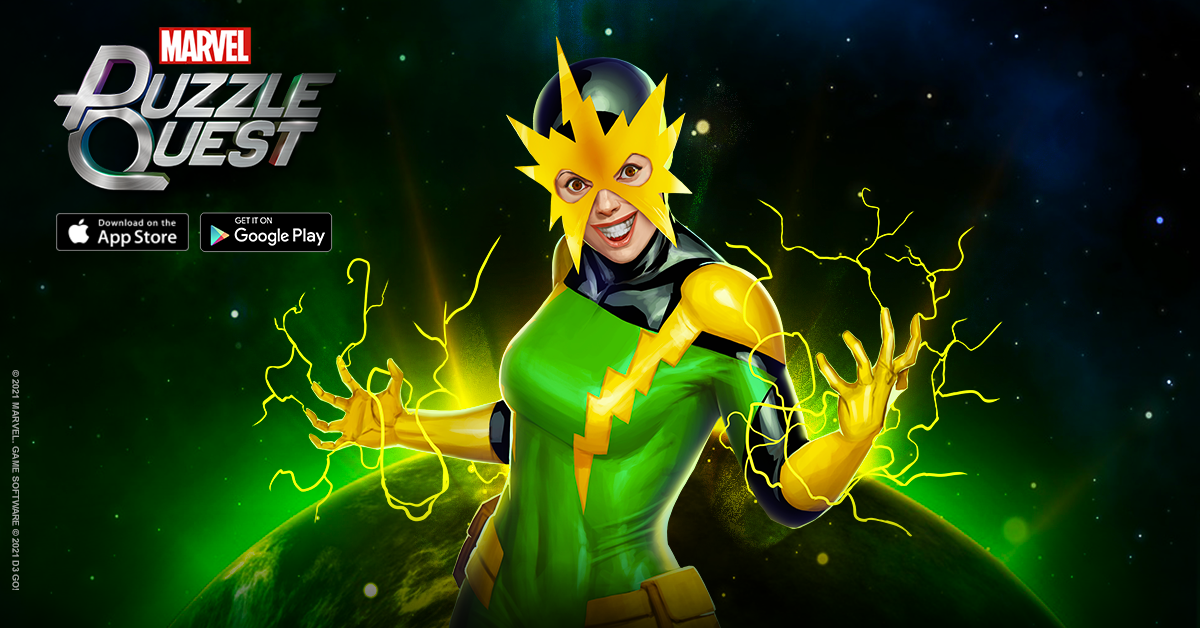 "Francine Frye was Manhattan's biggest fan of Super Villains, until she accidentally died at the hands of one of them. Now she's been resurrected in a cloned body with powers stolen from the man that killed her. Although she has also taken that man's name and mask, she's building a reputation that is all her own; standing strong among those that had once left her star-struck. Now she is their peer. Now she is Electro."

AP
Electro calls down a steady rhythm of lightning bolts. Creates 3 Red Countdown tiles in different columns that range from 1 to 3 turns. When each expires, it deals 281 damage and destroys all tiles above it in its column. (Destroyed tiles deal damage, but do not generate AP.) (Max level 1130 damage)
Love of Villainy - 8

AP
Francine grounds herself and drains the energy all around her, channeling the excess into the earth. Creates a strength 189 Strike tile in the bottom row. (Max level creates a strength 759 Strike tile)
(PASSIVE) Whenever an enemy power would deal damage to Electro's entire team, reduce that damage by 884 (to a minimum of 1) and generate 5 Yellow AP. (Max level reduces 3553 damage)