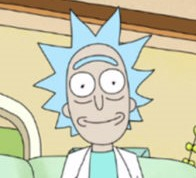 RGV123 Posts: 4 Just Dropped In
11 January 2021, 17:55 in MPQ Suggestions and Feedback
Apologies if this has been suggested before, but it would be nice if one could prioritize what powers go off for your teams while on defense.
You could set it up that one character's power will go off instead of some other.  For instance, you could prioritize Killmonger's red power and mute Human Torch's red power.  This way your team on defense will behave more like it would if you were in command.
Generally, this would give the player more input into how their team performs on defense and give more variety in the game play.  For example, you might play 3 straight matches against kitty/BRB/Polaris, but because of the priority option each match would be more varied, as opposed to now when it can get stale to play the same teams over and over again.
1
Sign In or Register to comment.