The hits keep coming this holiday season, with another new feature for you all! Not only has a quest system with daily, milestone, and event quests been introduced, but we’re also iterating on a style of gameplay that has long been requested by many fans! We now present to you, Puzzle Ops!

In Puzzle Ops missions, your goal isn’t always to take the opponent down to 0 HP. Instead, your goal may be to complete a specific task during the mission. This can be just about anything, from collecting a certain number of AP in a pool, to having a certain number of tiles on the board, to defeating enemies by matching specific tiles Kaecilius style, and much, much much more. 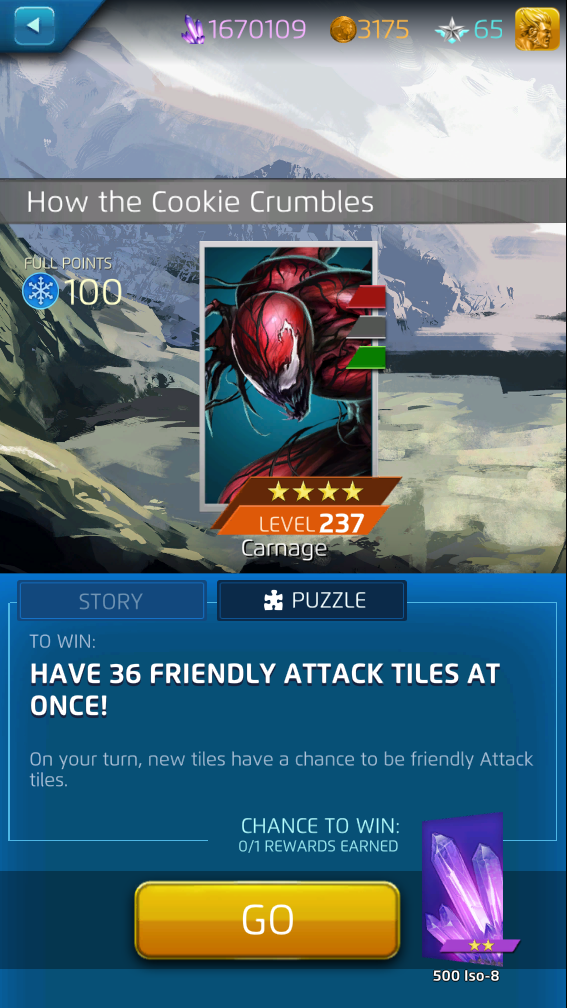 In the example above, to win the match you need to have 36 of the tiles be Friendly Attack tiles, with a further modifier that new tiles that come on the board from your matches can spawn in as Attack tiles. This can be done however you want. Match tiles and get enough new ones, let Carnage use his ability on you to create more, use characters that create or steal tiles… the tactics and strategy are up to you. 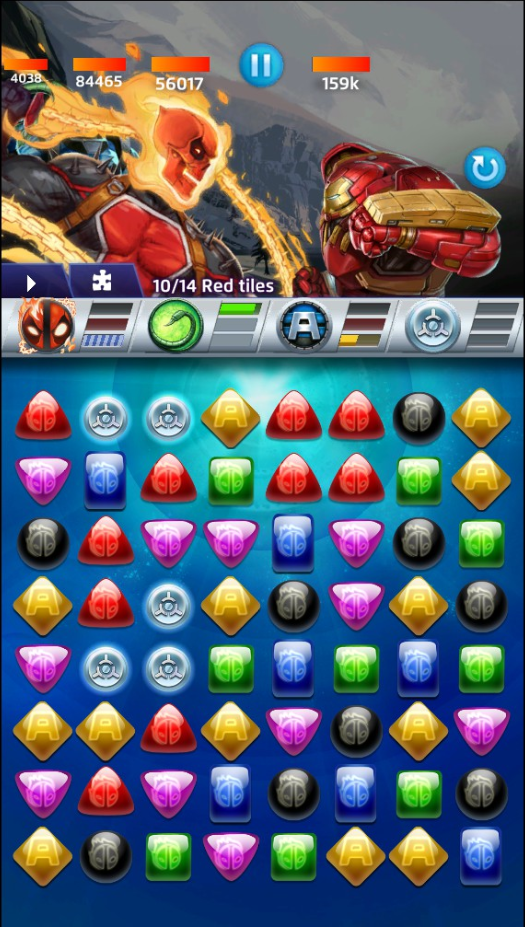 In battle, the tasks are detailed onscreen so that you can keep track of how close you are to the win condition. So don’t worry about needing to count up 36 Attack tiles all the time. This info lets you focus more on the puzzle, less on the nitty gritty of the numbers. 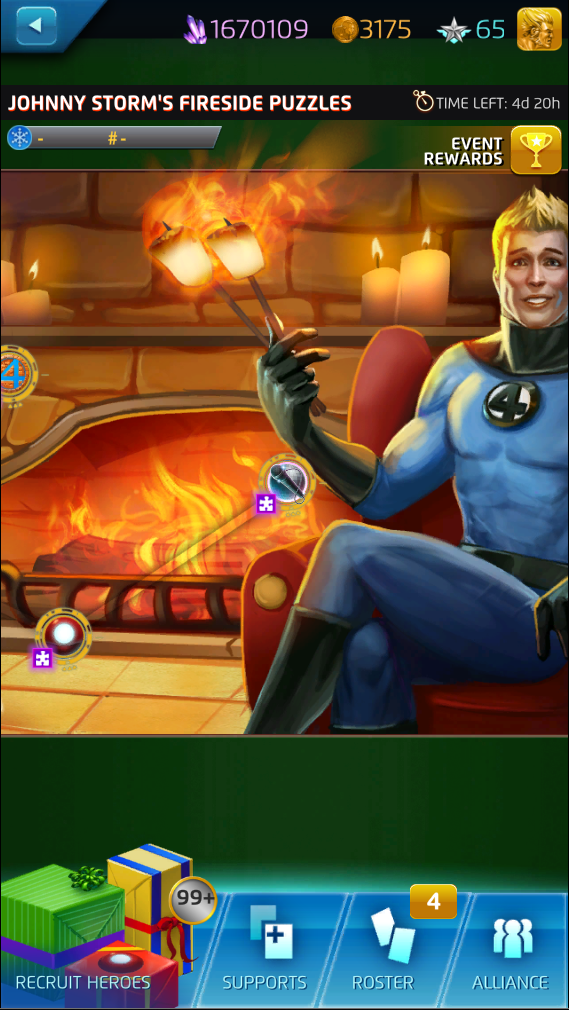 Puzzle Ops is being introduced alongside a special holiday event: Johnny Storm’s Fireside Puzzles. Help Johnny gather together the supplies for some delicious hot schmoes...err… s’mores in a series of daily unlocking missions. Each one has different tasks that you’ll have to complete in order to win, with the storyline linked to the task at hand. This time around, we’re providing a smattering of different win conditions, so get your thinking caps on with how best to solve these puzzle battles!

With the launch of the first of our Puzzle Ops, Marvel Puzzle Quest is continuing to grow and evolve with new and interesting features to keep players on their toes. So come sit down by the fire and make some s’mores with us! Happy holidays!