As some people have probably seen according to the Holiday Plan, we’ve got three new features coming to MPQ with R217. The first two are Live as of… now (well, the next daily patch, so probably 12/11, but it's queued)! with Milestone Quests and Special (Event) Quests! 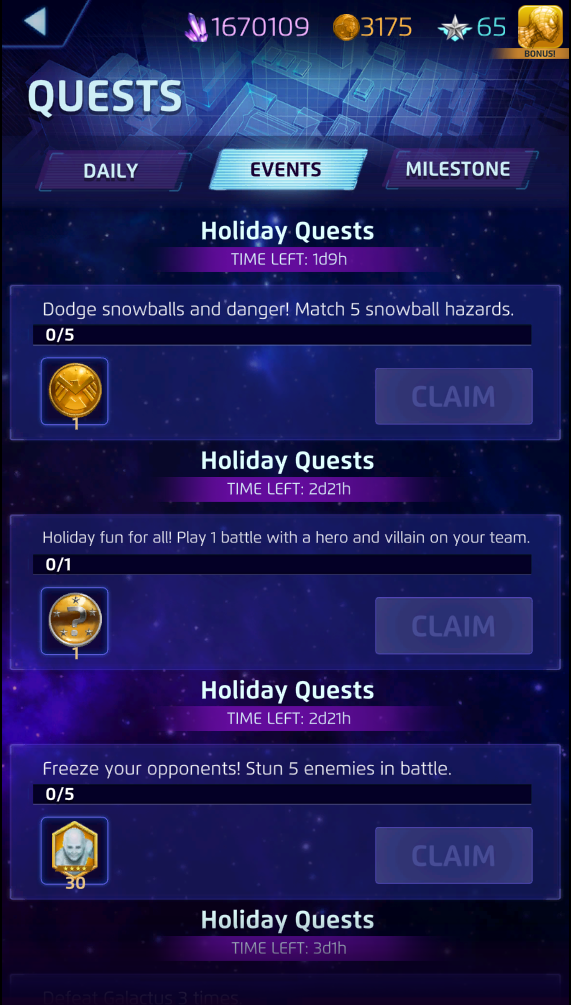 Special Quests are quests that will run alongside various events and offer rewards for completing specific challenges within missions. They are all time limited though, so take advantage of them while you can!

Milestone Quests on the other hand, are static sets of quests that are placed to keep track of, and encourage, the growth and usage of your roster. These quests feature ramping rewards as you complete more of each of the sets, providing players with rewards commensurate with the difficulty of completing that tier. Once that tier of quests is complete, the next in that line unlocks, with better rewards for completion. So keep pushing through those Milestones and reap the rewards! 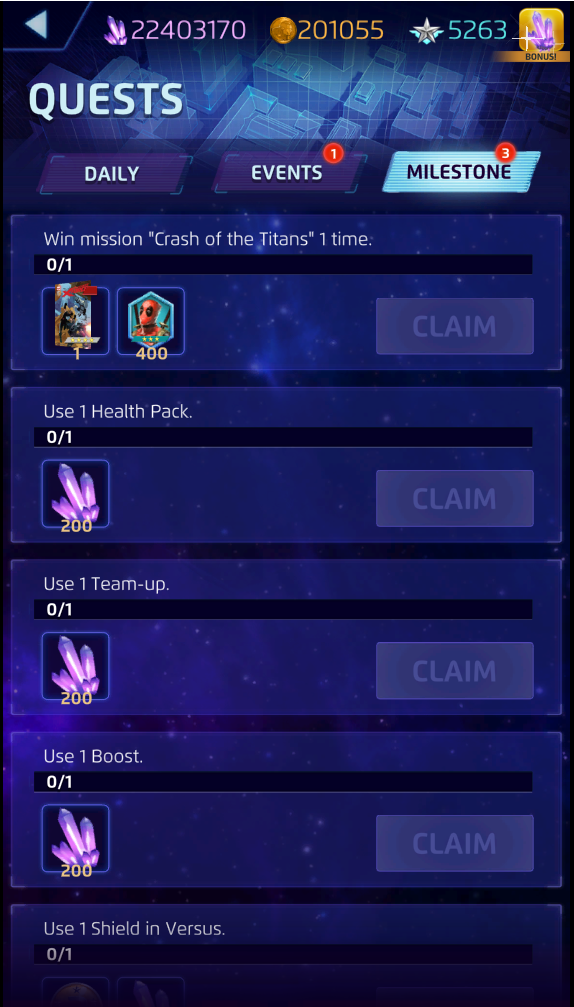 The last new feature that we’ll be putting out is coming a little later, Puzzle Ops, related to Johnny Storm’s Fireside Puzzles. We’ll be releasing more info on that soon, but suffice it to say now that players who have been looking for more ways to play than just beating up their opponents will have an early holiday present coming!

With these features, we’ve added yet more cool direct feature related stuff into the game, with more planned. Looking forward to seeing what players have to say!