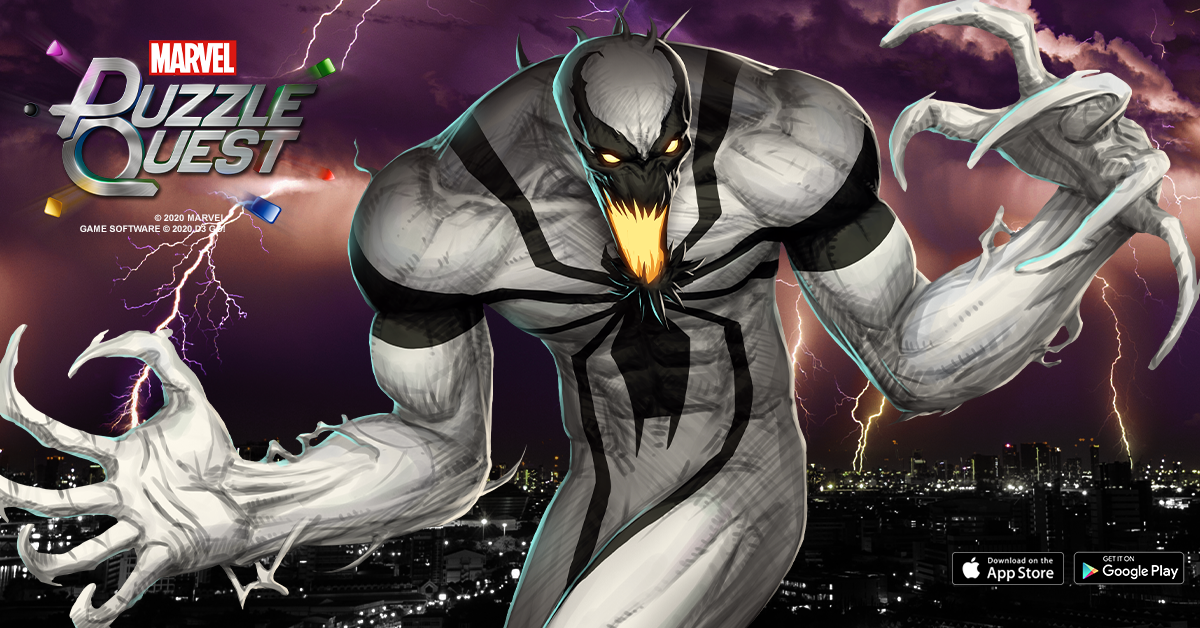 "After Venom left for a new host, Eddie Brock was left with harmless symbiote antibodies. But after exposure to positive energy, these antibodies mutated, creating a brand-new symbiote with incredible healing powers. As Anti-Venom, Brock seeks to redeem his past crimes and eradicate Venom once and for all."

AP
Anti-Venom sends out some of the symbiote body mass in order to cover a wider area with their antibodies. Anti-Venom heals their team for a burst of 102 health and creates 1 Yellow Web tile. (Max level 198 health)

(PASSIVE) Whenever they heal an ally, Anti-Venom deals damage to the target enemy equal to 40% of the amount healed.
Adaptive Clothing - 6

AP
Anti-Venom's suit shifts into a disguise so that they can subtly approach the target of their cleansing. Create a 3-turn Purple Repeater tile that removes any surrounding enemy special tiles. If there are no enemy special tiles on the board, this tile destroys itself and deals 1389 damage. Otherwise, convert this tile to a Web tile and create another Purple Repeater tile. (Max level 2706 damage)
Precision Purge - 7

AP
Anti-Venom uses their tendril-like fingers to target points on an ally's body for healing. Destroy all Yellow and Purple Web tiles and give a chosen ally a burst of 667 health, plus an additional 333 health for each tile that was destroyed. (Destroyed tiles deal damage but do not generate AP.)  (Max level 1299/649 health)
Dev note: In R207, Anti-Venom will be playable with all other versions of Venom. Starting with R208 however, Anti-Venom will not be playable with Venom (Eddie Brock).