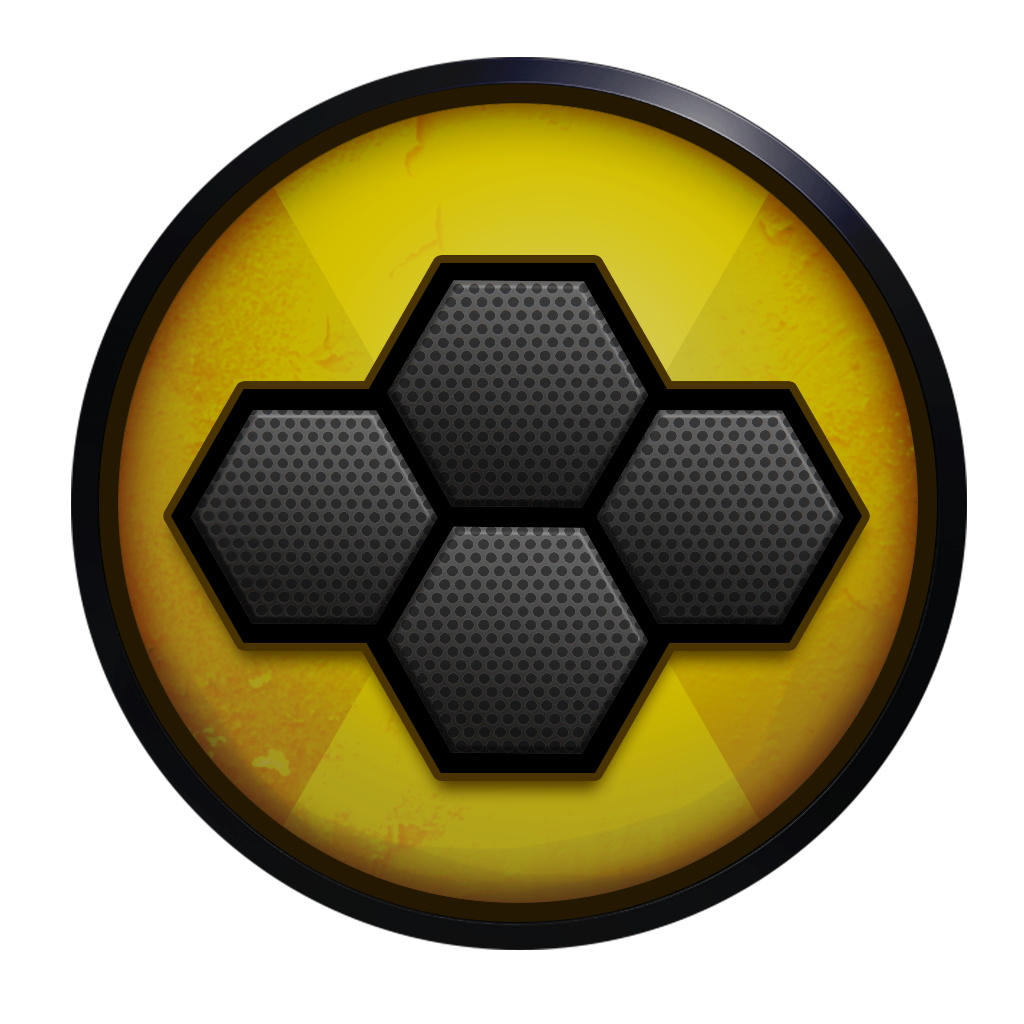 Who ever would have thought that a bunch of folks in beekeeper outfits would prove to be such a nuisance? Especially when guided by the super intelligence of M.O.D.O.K., they can be quite the buzzkill. These foes draped in yellow bring their super science to Marvel Puzzle Quest to provide new puzzling challenges. Behold, the A.I.M. SCIENTISTS!

You’re probably interested in what these stylish guys, gals, and mecha monstrosities can do, and we A.I.M. to please! There are four types of new enemies to pit your heroes and villains against, and these scientists have all-new tricks up their lab coat sleeves. 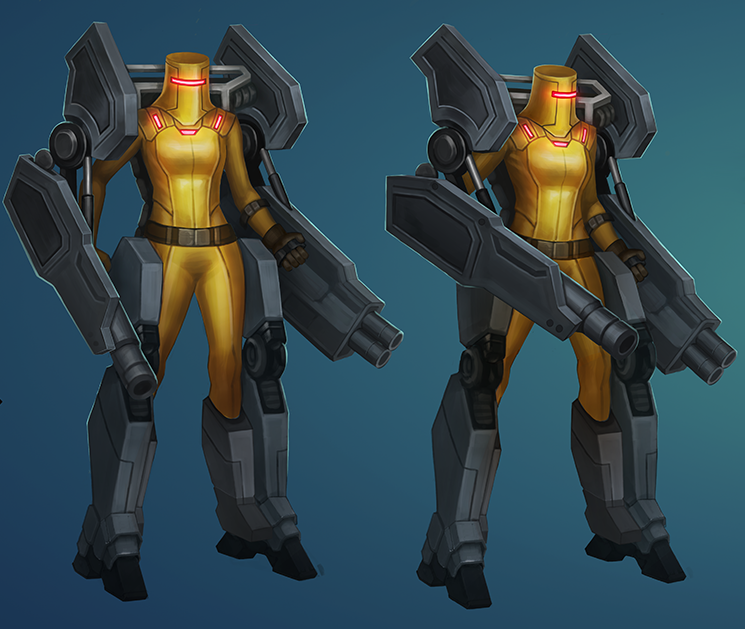 M.E.C.H.A. are A.I.M. employees that have decided that they aren’t happy being purely human. Under guidance of other scientists, they’ve augmented their bodies with cybernetic extensions and installed themselves into a multifunctional exoskeleton to further their work. These are the heavy hitters of the A.I.M. corps, in-so-much as a group such as this fights directly. Along with direct attacks, they also bring Automatons to battle that hunt down your special tiles, destroying them along with anything else nearby!

There’s always room for killer robots. Convert a basic Black tile into a Black Automaton tile, which is a 1-turn Black Repeater tile that swaps places with an adjacent tile, preferentially moving toward enemy Attack, Strike, or Protect tiles. When an Automaton tile swaps with any Attack, Strike, Protect, or Charged tile, it destroys a 3x3 block around itself and deals low damage. (Destroyed tiles do not generate AP or deal additional damage.)

(PASSIVE) At the start of battle, create one Automaton tile.

(PASSIVE) Sometimes the data yields surprising results. At the start of the turn, any friendly Repeater tile adjacent to another friendly Repeater converts into a Charged tile and deals high damage to one random enemy. 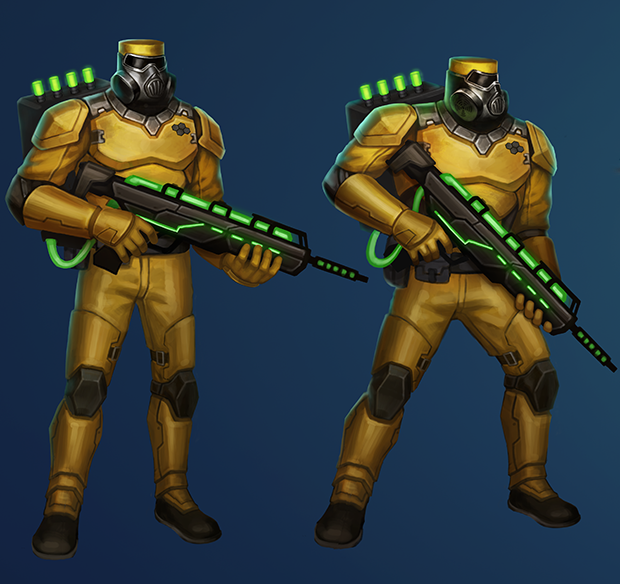 A.I.M. F.O.R.C.E. operatives specialize in keeping their opponents off balance, using their chemical weapons to make sure that no one can build themselves into a position of power. Meanwhile, they use more offensive chemicals and experimental concoctions to take down opponents while making sure they stay at tip top health themselves. They may seem more subdued than other enemies, but don't take them for granted!

(PASSIVE) If there are 3 or more Strike, Attack, or Protect tiles on the board at the start of the turn, AIM technology shapes the environment by destroying all Protect, Strike, or Attack tiles in the rightmost column and swapping all Attack, Protect, or Strike tiles with the tile 1 space to the right. (Destroyed tiles do not generate AP.)

The power of science creates a 3-Turn Blue Countdown tile that deals low damage every turn. When it expires, it heals A.I.M. F.O.R.C.E. for moderate health. 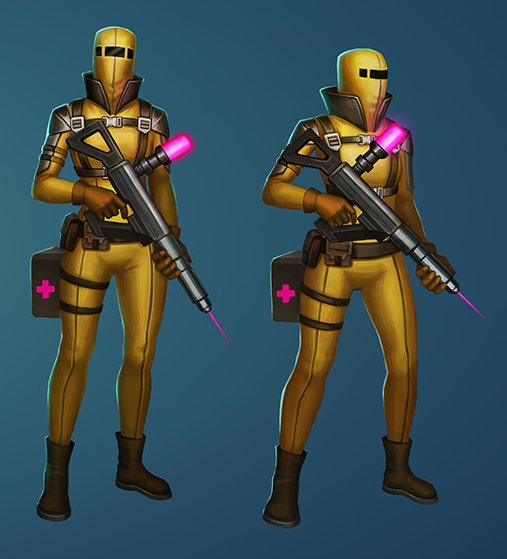 What would a group of amoral scientists be without doctors to help them with their experiments? A.I.M. M.E.D.T.E.C.H.s provide this service, and they’re also fully capable of stopping any hero who may want to shut down their forays into the bleeding (often literally) edge of science and “medicine”. With their low cost abilities, they will be creating tiles on a constant basis, creating a difficult decision of whether to take them out now to get rid of their tiles, or face down a more directly damaging foe while the M.E.D.T.E.C.H.s keep up the pressure. 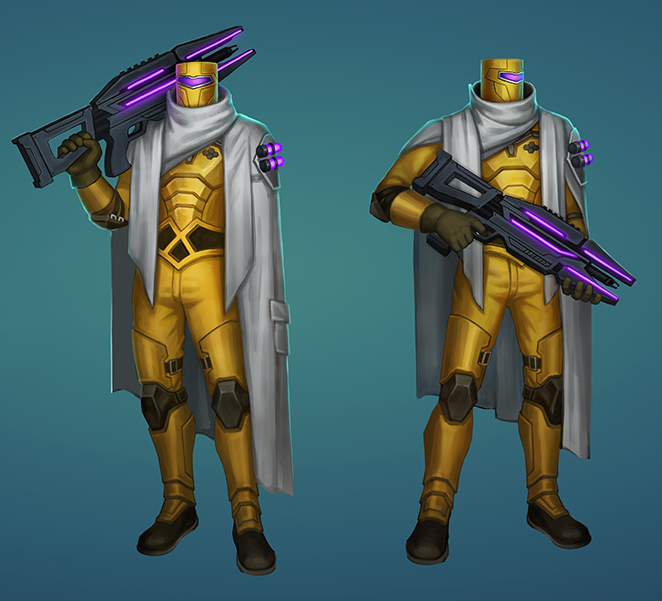 S.P.L.I.C.E.R.s bring the ability to create Genetic Monstrosities (they call them Constructs, but we know better) and a supporting role in being able to deal damage while reducing friendly Repeater tiles IMMEDIATELY to zero, setting them off. With some repeaters, no big deal. With others, this can mean that Splicers can start chain reactions of destruction if not handled ASAP.

A strong ionic differential can be a powerful motivator. Immediately reduce the counter on a friendly Repeater tile to 0 and deal moderate damage.

A rampage… for science! If one does not exist at the start of the turn, convert a basic Blue tile into a Genetic Construct, a Blue Repeater tile that swaps places with a random adjacent basic tile every 1 turn and converts that tile into a Charged tile or a low strength friendly Attack, Strike, or Protect tile. If the Genetic Construct cannot swap places, it deals low damage to all allies and enemies. 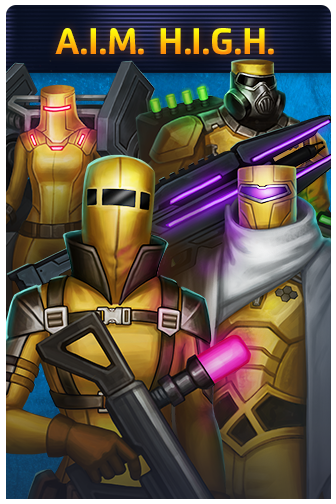 To best introduce this new group of foes, We’re going to try something a little different with this release. To introduce this group, we’re going to be providing you with a new non-competitive daily unlock event where you’ll face off against different varieties of them in missions that highlight their abilities separately and together. After this event, You’ll be seeing these new enemies filtering into other events going forward. Look out for A.I.M. H.I.G.H. soon, and we look forward to you being able to take on, and take down, these new threats to S.H.I.E.L.D.! As always, we look forward to your feedback! Fight this new group, let us know what you think!