The map is where you go to complete Campaign missions, Conquest and Challenge battles, and expand the area you control. 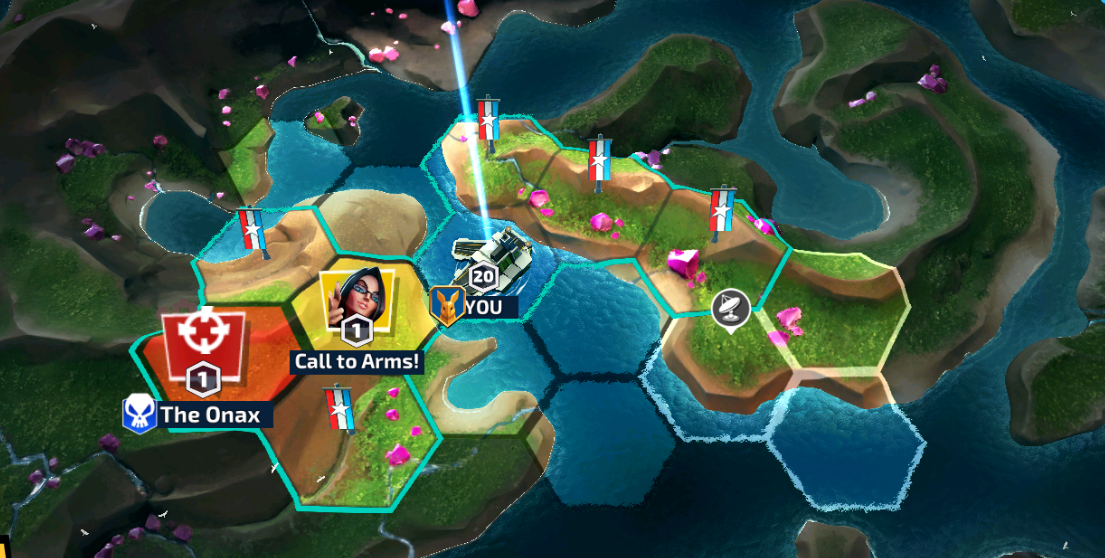 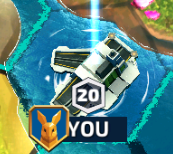 This is your headquarters. Clicking on it will show you what level your Radar is. This will be important to know later on, when you're trying to expand your controlled area.

Campaign missions will have a yellow background displayed in the hexagon, and the name of the mission underneath the icon. Clicking on the icon will open up a Battle Confirmation screen that displays all the rewards you could potentially earn.

Once completed, the number of stars you earned will appear above the icon, and a green checkmark will mark its completion. You can still replay this mission, however only for the Mineral and Battle Cargo rewards. Continue unlocking areas on the map to uncover more Campaign Missions!

Challenge Battles are enemies that present you with special themes or obstacles to overcome in their base. (For example, a bunch of mines all over the place) A Challenge Battle will have a red background and target reticle displayed in their hexagon, and the name of the enemy underneath the icon. Clicking on the icon will open up a Battle Confirmation screen that displays all the rewards and Trophies you could potentially earn.

Be careful though! Beating your opponent will earn you Trophies, but losing to them will cause you to lose Trophies instead. If you think your opponent is too strong for you to beat, then you can spend Credits to find a new opponent to attack.

Once you defeat an opponent, a new one will appear in its place. Continue unlocking areas on the map to discover even more opponents to face off against.

Conquest Battles are PvP battles where you are directly playing against another player's base. These battles become available once you've reached Battle Tier 2 and 200 Trophies.

A Conquest Battle will also have a red background and the name of the enemy underneath the icon, however instead of a target reticle, you'll see a Unit icon displayed instead. 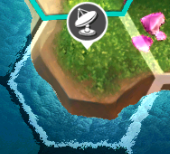 It'll expand the map to open up previously obscured areas, and allow for you to unlock newly revealed Locked Areas.

Once you unlock one of these Locked Areas, it will become marked with your Faction's flag.

This is where you can view the results of all your past battles. You can click on individual battles in the list to go into further detail, such as resources acquired, Units deployed, and Units injured.
1
Sign In or Register to comment.