Current Standard "MUST HAVE" Cards 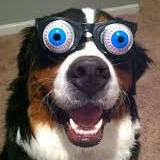 What are the top 10 cards I should try and craft or obtain in the current rotation?

Any suggestions on your favorite MUST HAVES
1
«12»