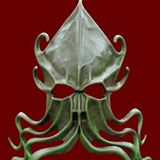 YogoDagorah Posts: 2 Just Dropped In
August 2019 in MtGPQ Deck Strategy & Planeswalker Discussion
So Ashiok, Dream Render *seems* like a smart Vanguard to use—11 mana to make opponents discard anything they Fetch.  I use lots of fetch effects, esp. since so many PWs are part Blue.  But the Battle summary doesn’t tell you when Ashiok forces a discard, it just says it activates after you cast it.  And I’m not sure if the AI just avoids using fetch effects vs Ashiok, or if people and AI opponents alike just aren’t using Pyromancer’s Goggles, Chord of Calling, or even Talent of the Telepath in their decks.

Bottom line, I have no clear idea how much Ashiok has, or hasn’t helped me after a battle.  Any thoughts?
Tagged:
0