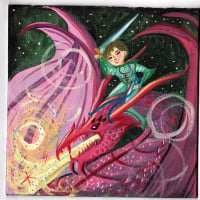 To help make speculations about upcoming Legendary stores (or more precisely the 5*s featured within) easier, here is a list of Legendary stores, going back about a year and a half...

Where there is only a character name, it was a release store (Cable, Doom, etc) [White], for special occasions stores I've kept their special names [Blue].

I'll continue to add and update and perhaps we will see patterns emerging... 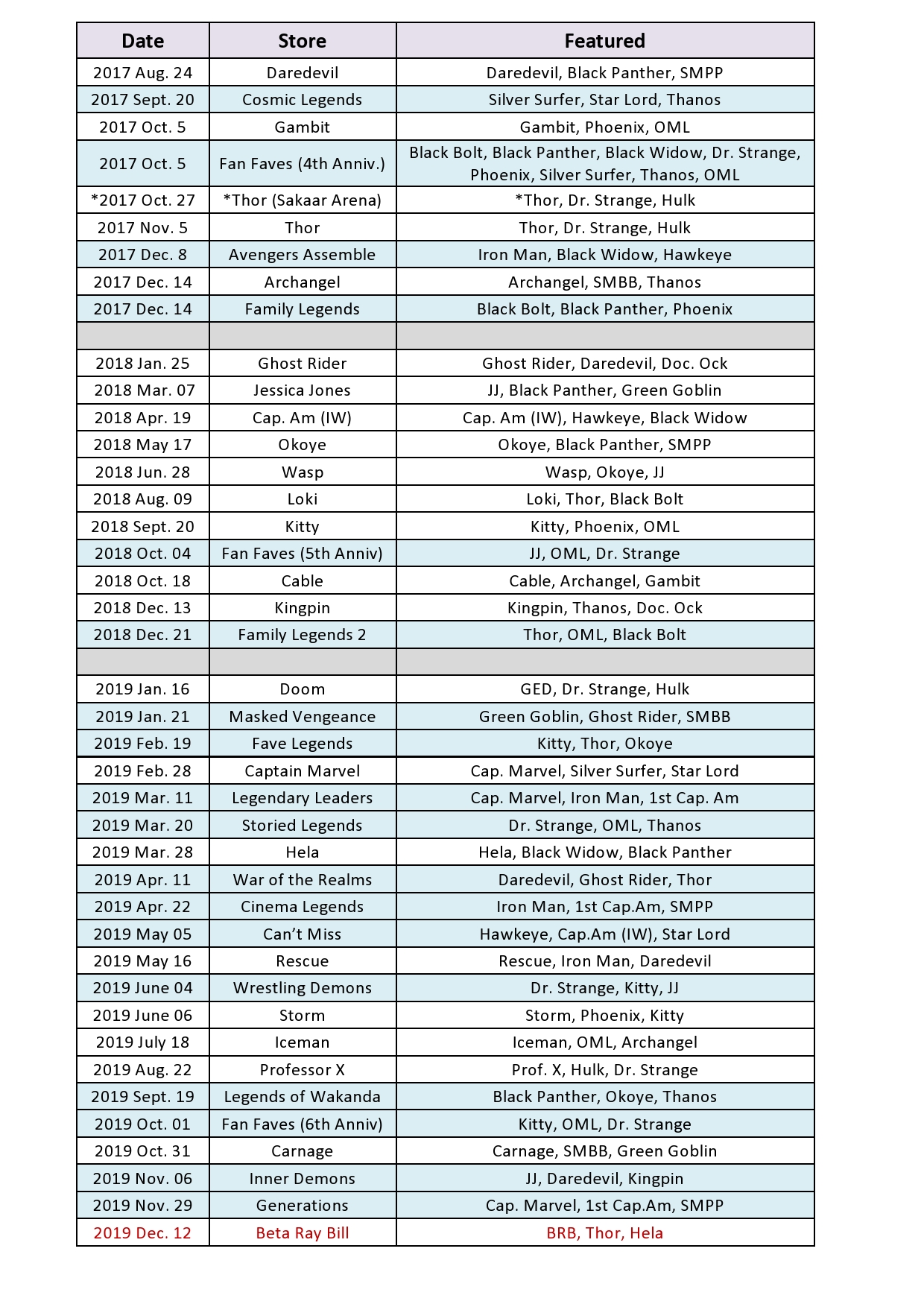 Please do let me know if I missed something or if anything needs fixing.
(I'm deliberately keeping this "data only", as I plan to keep adding to it. Any opinions, analysis, speculations or whatever are in the comments.)