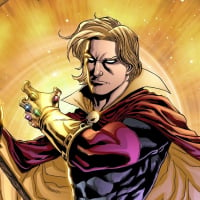 Mrcl25 Posts: 72 Match Maker
December 2018 in MPQ Suggestions and Feedback
There are currently 3 main game modes in MPQ, called Prologue, Story and Versus. I would like to see a revamp in these modes:
- Versus could stay the same
- Story could keep the current format, but be called "Events" or something like that.
- Prologue could be the new "Story" mode, and that's were I would like to see big changes.
This new Story could be non competitive, like the current prologue, but have new content being added periodically (every two weeks?  every month?), with stories that include old and new characters, with progressive challenges and rewards. These new stories could then be also used as new events, and added to the pve rotation. Current existing pve events could also be added to the new Story mode, and the pve events could have all the dialogues removed, since we would be able to read them in the new Story mode, and we don't have time to do that in PVE anyway.
This game mode would give us:
- new stories to read and have fun;
- opportunities to use more of our rosters, since we wouldn't need to only use the fastest teams;
- a new game mode to play at our own pace;
- another source of rewards.
I hope that's a possibility for the future.
ps. english is not my native language, so forgive me for any mistakes
5